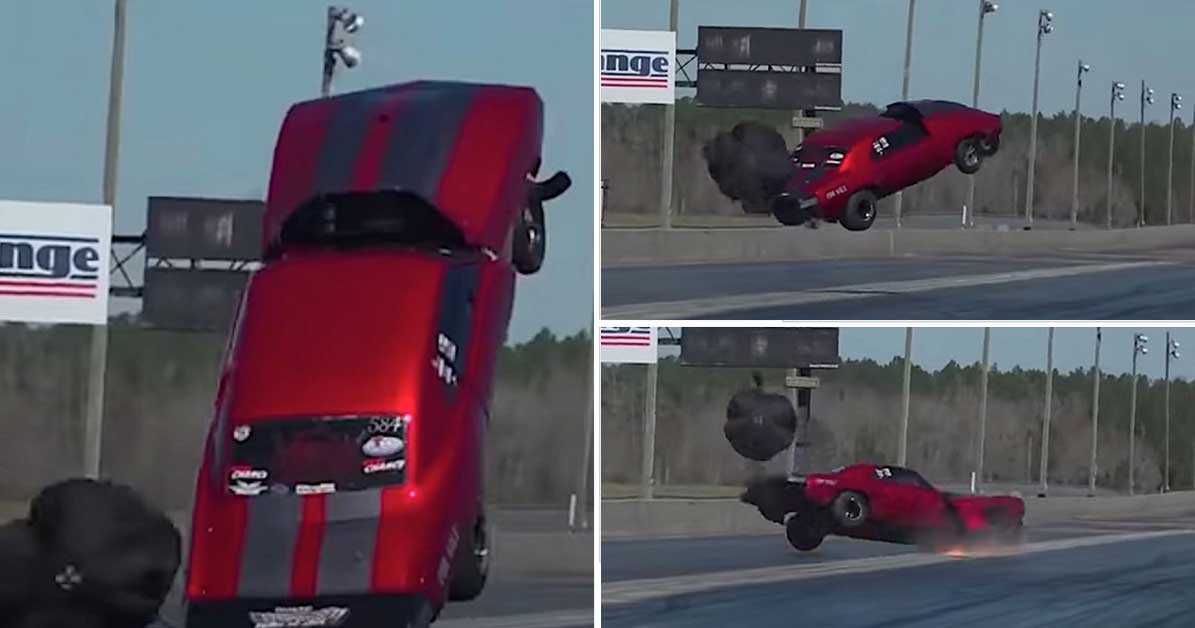 In drag racing media, there can be a lot of hyperbole. People like to exaggerate things saying that they’re the “Craziest” or the “Best.” This time, we actually found the craziest save in the history of drag racing.

On the strip, one can really never know what’s going to happen on any given pass. As the cars get faster, the more crazy possible outcomes we could see come to life. On that same note, it just so happens that when it comes to events like Lights Out 12, you’d be hard-pressed to find a slow car. Long story short, that’s why people are so in love with the DuckX Productions event.

This time, we check in with one of the competitors by the name of Tim Slavens who really went above and beyond quite literally. Behind the wheel of a Chevrolet Camaro laying down some massive power, Slavens got ready to make his pass. From the get-go, it seemed like the car wasn’t going to allow a tame pass at all. As the front of the car lifted up off of the ground, we knew that something crazy was about to happen.

However, nobody could’ve predicted the events that were about to unfold.

Instead of just doing a typical wheelie and coming down, the car lifted off. The crazy thing is that this wasn’t even the wildest part. We’ve definitely seen a car go airborne before. This time, though, after hanging several feet in the air, Tim was about to save it.

Not only did the car go airborne but the driver also managed to land it on all fours. Certainly, the man behind the wheel had absolutely no control over the car while it was in the air. However, he did manage to maintain enough composure to be able to regain control and get the car going back in a straight line again in his own lane. If that’s not driving, we’re not sure what is.

The next day, Slavens managed to make another pass in the machine, we’re told, after straightening out a few parts. This is definitely one for the history books.