If you visit the site with any regularity, or if you’re just a fan of his, you ...

If you visit the site with any regularity, or if you’re just a fan of his, you already know that Alex Laughlin can drive pretty much anything with wheels. From a wheelstanding Top Dragster to banging gears in a 210+ MPH Pro Stock car to running 270+ MPH in an A/Fuel dragster to a dirt-slinging pull tractor and of course, his insane block Radial vs the World Corvette, there’s nothing Alex has met that he couldn’t drive.

One discipline that will always be near and dear to his heart is karting, where he first got his taste for racing. Despite a hectic schedule that has him flying from coast to coast regularly working on sponsorships and making appearances, Laughlin has always kept the last weekend of the year open for one special event. Every December, the karting world converges on Daytona, FL for one of the biggest events on its schedule. Daytona International Speedway is taken over by a swarm of the diminutive rides, with countless racers looking to end the season with a win on the fabled race track.

Alex got his start in karting at the age of 4, and for the past 7 years, he’s brought his own kart to Daytona to try to win the big one. “Karting was my introduction to motorsports over 20 years ago,” said Laughlin. “There’s no telling how many hours and laps I have under my belt.” Yesterday, he finally broke through and, after several second and third place finishes, he climbed the podium as the winner.

“I’ve been racing this event for the last 7 years and I’ve never won it. I have a stack of plques for second and third, but never got that Silver Cup trophy for the win until this year,” said Laughlin of the prestigious race.”It’s a serious deal to win Daytona, some of the best competition in karting happens there.”

While most of the other racers spend their whole year behind the wheel of their karts, or at least on some type of road course, Laughlin spends most of his time on the drag strip, leaving him with only one chance to sharpen his skills each year. His natural knack for driving anything has brought him yet another huge milestone in his career and allowed him to end 2018 on top. “Winning this race has always been a bucket list item, and it’s officially been checked off.”

We send our congratulations to Alex and can’t wait to see if he can carry this momentum into 2019!

Here’s a story for the young one’s that want to make it “big time” in racing. After an awesome day winning the race at Daytona, I decided to enter another class and race again. I was racing against karts that have less restrictions and make more power, therefore, I didn’t expect to be super competitive. The kart in front of me in this video is a young girl (not sure of her actual age but maybe 17) that I had never met. She gave a terrible first impression when I witnessed (on multiple accounts) came in after the race screaming at the top of her lungs at another competitor. I knew here that I was racing with and against fire… She didn’t like being bumped, passed, or anything that’d throw her rhythm off. I ran the whole race just hanging out right on her kart-tail in 4th place, until the final lap. On the back stretch, I went ahead and pushed the nose of my kart against her back bumper and pushed her for about a quarter mile, gaining huge speed to try to catch the leader. The whole time I pushed her she was shaking her head in frustration, but hey we needed a chance to catch up and I’m already at a disadvantage with a lower horsepower kart than the rest. Anyway, I let her loose to get some space between us so could “slingshot” passed her for the 3rd place finish. I did just that, just as planned (and almost hit the flag guy because he standing on the track like a crazy person). So on the cool down lap I’m thinking of what my response is going to be when I’m the one she flips out on. I couldn’t wait to simply explain to her my full spill about that if she ever wants to race in the real world, she needs to learn how to act right. You NEVER do that, especially when you have no idea who could be watching because no one wants to sponsor or support that. I had the whole response ready and written in my head and as soon and we pull into the scale house, she hopped out of her kart and immediately approached me. I thought “here we go” and she walked up and ONLY expressed how much fun she had in this race. I was shocked. So because of her change in attitude, I pulled my kart out the line to weigh and purposely disqualified myself, so her 4th place finish then became 3rd (and you get a trophy for the Top 3 finishers). It’s a big deal to take home hardware for the trophy case from Daytona. So while this story may not impact many, I hope the younger generation reading makes note here. Even if it’s just one of them that this helps with their racing future, that’s one more of the good ones that we’ll get to see and appreciate one day. 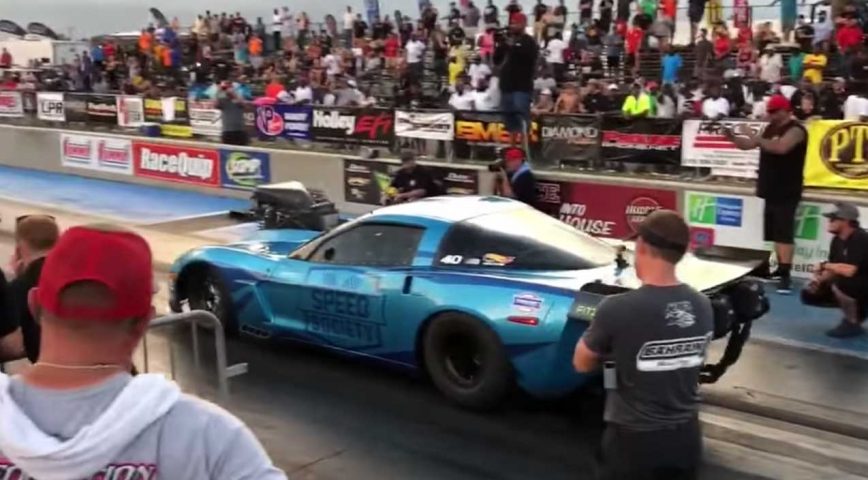