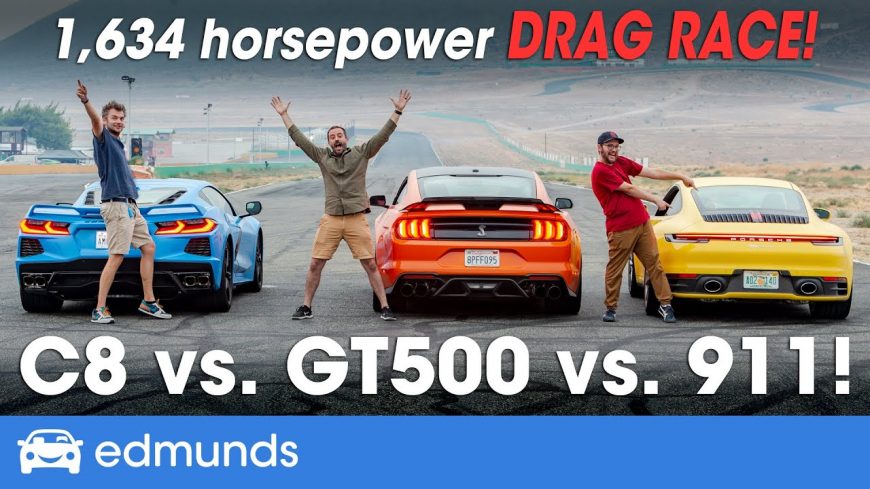 In most transactions for a new car, consumers aren’t thinking about how fast it is. Let’s just say that we definitely aren’t on the same page as most of those people. Instead, when it comes to vehicles that we like to buy, the first thing that we consider is exactly how fast it is. We would think that this sentiment remains true for most people buying a C8 Corvette, Shelby GT500, or Porsche 911.

As three of the hottest performance offerings on the market, it’s only natural to want to see which one is the fastest. Determining which is the overall fastest might be a difficult feat. At the end of the day, there are several different metrics that could be used to determine this. Perhaps, one might be faster around a track while some might be better in an all-out drag race. Each car brings its own pros and cons to the table. It’s all up to the potential new owner to decide which attributes are the most important.

This time, we take three of the most prominent performance offerings on the market and put them head-to-head. With the help of Edmunds, we get to see the all-out drag race between the three monsters. At the end of the day, any of these machines would make a spectacular addition to just about any garage. It’s hard to not look at any of the three without immediately falling in love.

By following along with the video below, we check in with the competition that has these performance maniacs doing what they do best… Performing. This one really puts us in the thick of things, seeing just how one might be able to blow away the competition in the machine of their choosing.

For those who are split between the three, does this one shed any light on which machine you would want to add to your garage?