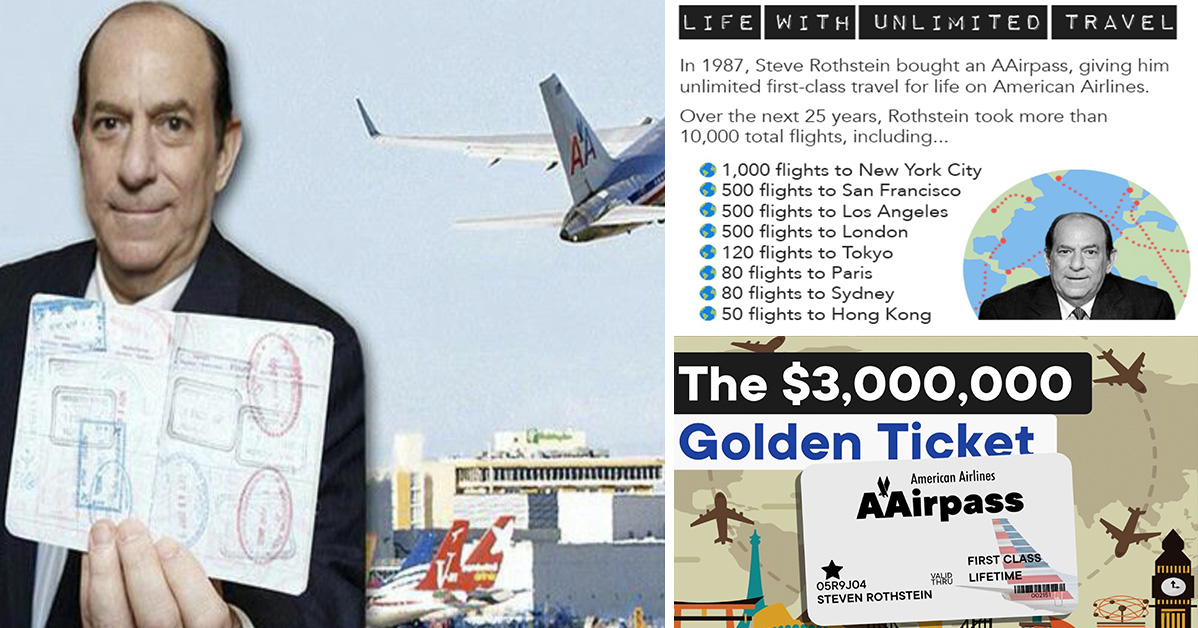 What sounds better than unlimited travel arrangements to anywhere in the world that you should desire?

Well, if you were around back in 1981, that was possible for people who had $250,000 which equates to about $700,000 in today’s money. That might seem like a lot of money and that’s because it is. However, the arrangement seems to work out for those who travel a lot. As American Airlines would soon find out, with unlimited travel, it wouldn’t be hard to rack up $250,000 in flights.

This free first-class air travel pass would allow the ticket holder to go any place any time and would even let them bring a companion with them for an additional $150,000.

Now, not a ton of people have that type of money lying around but for those who do, they would certainly make the most of the offer. In fact, 66 people would sign up for the program, and let’s just say that some used it a lot more than others. I know that I would personally be going anywhere that I could possibly fathom.

So where did it all go bad?

While it was expensive enough to host the individuals who booked tickets, it was even more expensive when considering all the flights that they had bailed on. As it turns out, someone’s going to be a lot more likely to cancel a flight at the last minute when there is no charge for doing so. Naturally, the vacant seat is still costing the airline money.

When all of the numbers were added together, the program would end up costing American as much as $1 million per person per year or $40 million in total per person for those who used the program to the max. There were plenty of others who weren’t too far behind, either. In other words, they kind of shot themselves in the foot.

Naturally, because of this, American did everything that they could to revoke some of the passes, even if the maneuver was somewhat underhanded. As it turned out, nobody was able to fight the major airline in court. Even though lawsuits were filed, two of the most frequent pass users never got their passes back but many others are still using the passes to this day.

To us, something about that just seems shady!

« Video Showcases the SKETCHIEST Bridge Crossing of ALL TIME