Video Showcases the SKETCHIEST Bridge Crossing of ALL TIME 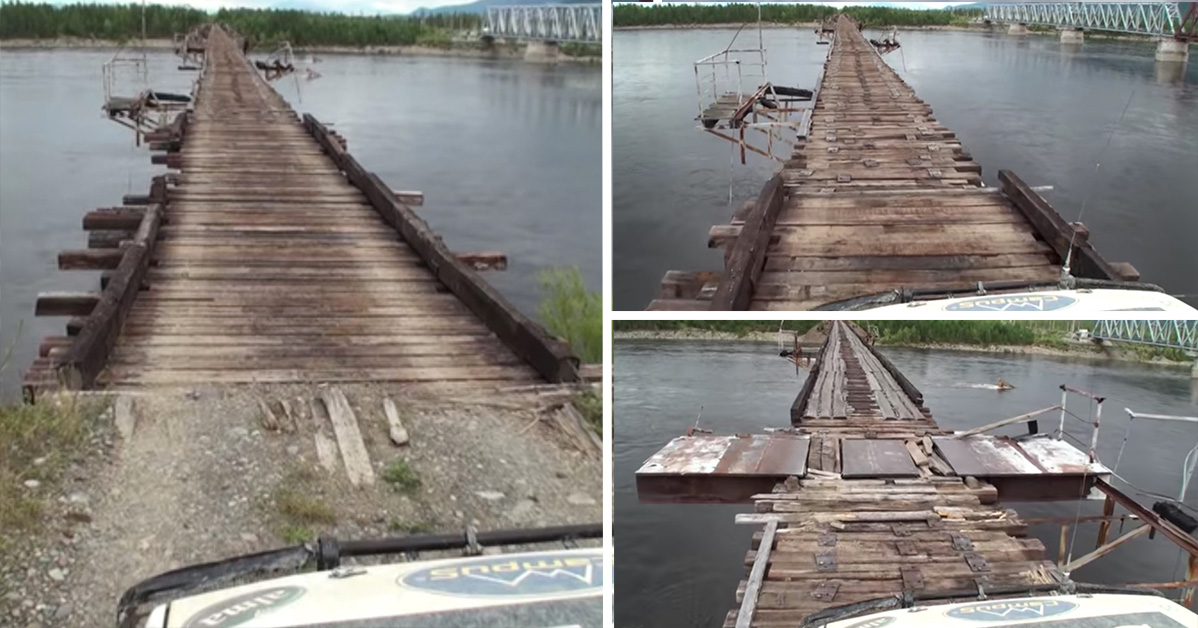 Let’s just say that there are certain situations that not many people would put themselves in. By “not many people,” in this one, I mean basically nobody is trying out what we see in the video, that is unless they have a little bit of a secret death wish that they aren’t telling us about.

It’s pretty cool that YouTube can take us to all sorts of different corners of the world. This time, we head to a corner of the world that definitely put a knot in our stomachs. The structure in question at the center of this video is none other than a bridge crossing the Vitim River in Siberia.

Let’s just say that this bridge looks about the sketchiest that we have ever seen someone take a vehicle across. However, that doesn’t stop the driver of this Land Rover Discovery from trying his hand at the rickety-looking structure that has clearly been discontinued from regular use. Perhaps the driver figured that because this structure used to carry trains, the smaller Land Rover wouldn’t make a dent.

On the other hand, though, we think this is why men have a shorter life expectancy than women.

Eventually, the driver would prove to be correct but in order to get across, the journey was definitely the most stress-inducing thing that we’ve ever seen.

Commenters have pointed out that there is another perfectly good bridge not too far away from the one in question. In fact, it’s in the camera shot as the Land Rover attempts to make the sketchy journey. While a Google Earth search didn’t turn up any specifics on the other bridge, we would be left to assume that it’s probably an active train track. In any case, though, we would much rather make our way down an active train track bridge versus this pile of twigs.