Those who follow along with the History Channel and have picked up on the American ...

Those who follow along with the History Channel and have picked up on the American Pickers television show can attest to the fact that they come across some really interesting things just laying behind and left to rot. With these discoveries, there is certainly some interesting history that always goes alongside the fun. The crew really seems to know their stuff when it comes to just about everything but every once in a while, they have to invite an expert in to help them analyze what they just came across.

This time, the guys managed to come up with a Holy Grail of sorts, finding something that is really a needle in a haystack. This find isn’t something that a picker would go out there looking for but instead something that one would simply have to stumble into and realize that they fell into gold. The subject in question is none other than the original van that Aerosmith would travel around and tour with. Imagine being able to have access to such a great piece of history left behind by one of the biggest selling bands of all time in all of music.

The clip down below, pulled from show, takes us along for the ride as Ray Tabano, one of the founding members of Aerosmith joins in. It’s quite exciting to see his face as he takes quite the walk down memory lane. After discovering that the van is, in fact, the real deal and not some sort of replica, the intensity is almost palpable. Inside of the van, there is even some of the original tapestry that the band had put in there to make it feel a little bit more like home on the road. When it comes to rock and roll pop culture, I’m not sure that there is anything that really gets more exciting than a find than this. 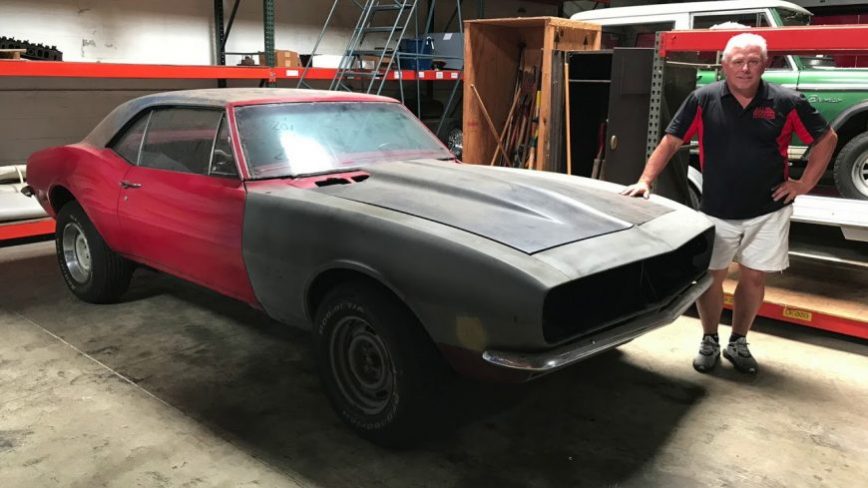