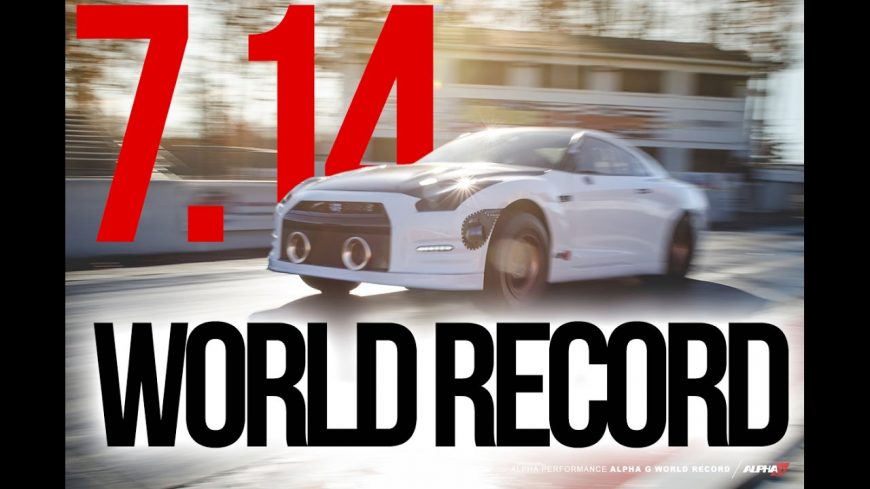 When it comes to a platform that is as popular with drag racing as the Nissan GT-R, you’re going to see records set and set again until they are pushed so deep that they are seemingly untouchable. If that point never really comes, we will never know but for now, we are enjoying the back-and-forth between race teams as the record is pushed toward the limit.

As of today, the holders of the record are none other than Gidi Chamdi and the Diamonds by Wire Alpha Performance Alpha-G GT-R that manages to make its way to a 7.14 second pass at a mind boggling 212 mph. If this thing had wings we are fairly certain that it would lift up off of the ground and take off into orbit.

Just watching this thing in action is truly a treat for all of the senses regardless of if it’s a record pass or not and when it becomes the fastest in the world, well, it just becomes all that much more special to bear witness to.

Travel along with the team to Milan, Michigan and watch as they make a bold statement by taking back the world record in the world of the GT-R. We here at speed society would like to wish our buddy, Gidi and company a giant congratulations on this groundbreaking feat!

« The ultimate adrenaline rush? Freestyle wingsuit flying above the Dolomites