by Jesse Kleib | May 22, 2020
big rigcrashferraritrucktrucker

We have all had our angry moments in life. The difference between most folks is how ...

We have all had our angry moments in life. The difference between most folks is how they choose to respond to that anger. While some are cool, calm, and collected, others aren’t so much. Instead, some people can end up being rather reactive. This comes in the form of not only verbal altercations. Instead, some just have no filter in deciding how they respond to a situation. It’s pretty crazy the things that we have seen happen when somebody is simply responding to their rage.

This time, we check out what might be one of the craziest anger induced situations in recent memory. Images have been circulating of a big rig truck sitting on top of a Ferrari. Surely, this was the result of some oversight or accident where things just went wrong. Right?

Come to find out, it appears as if the situation has happened on purpose.

Automotive YouTuber, Rob Ferretti, filled us in on the details and the story almost sounds like something from a movie. Apparently, when this truck driver would end up parting ways with his employer, he felt he got the short end of the stick. Feeling Jaded, it looks like he decided to take his truck and slam into boss man’s Ferrari GTC4Lusso.

According to Ferretti, this particular model of Ferrari is one that’s not all that desirable. Sure, it’s going to hurt initially to lose an expensive car like that. However, we are filled in that it’s commonly a car purchased to get on the list to be able to purchase more extravagant Ferraris.

Rob also points out that this is pretty much a lose-lose situation for the truck driver. Sure, being angry at his boss could’ve been very well justified. However, running over the Ferrari isn’t solving any issues. The owner of the car is probably just going to file an insurance claim and get another if he really wants one. On the other hand, though, there could be some serious repercussions in a court of law for the truck driver.

Long story short, if you get mad at somebody, take a walk and cool off. Running over their car probably isn’t the right way to solve your problem, no matter how big the issue is. It’s going to end up hurting the aggressor way more in the long run. 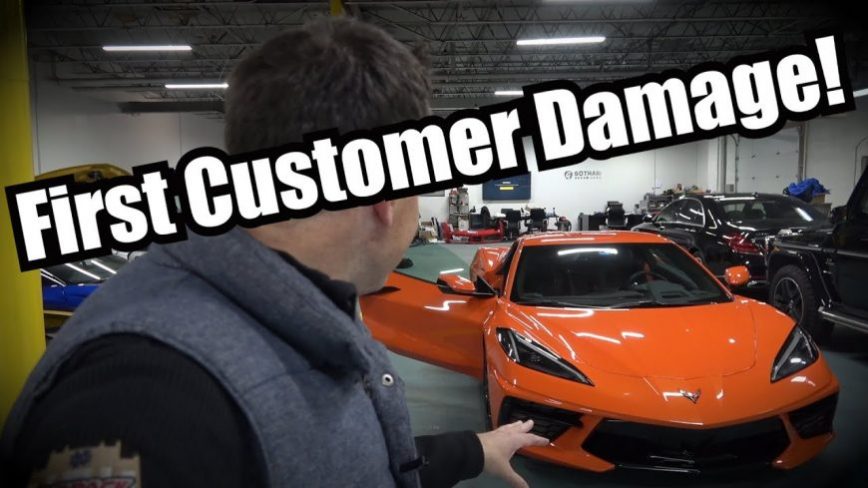