While they’re often hyped as new technology, continuously variable transmissions have actually been around for over a century, first used in transportation all the way back in 1896 when inventor Milton Reeves applied his variable-speed sawmill transmission to his first car. A decade earlier, Diamler-Benz had filed a patent for the first friction belt style CVT, though its unclear if the German manufacturer ever explored the idea further.

The first time a CVT was used by a major automobile manufacturer was in 1987, when Subaru released the Justy, which was driven by an electronically-controlled continuously-variable transmission. In 1989, the Justy became the first car offered in the US with a CVT. While it saw limited success, the transmission design has evolved and is still used in Subaru’s Outback, Legacy, Forester, Impreza and Crosstrek. With advances in electronic controls, more automakers have begun using the CVT-style transmission in their lineups, especially where fuel economy is a focus over power.

The animation below features just one of several designs for continuously variable transmissions that work to keep the engine speed fairly constant while accelerating the car and maintaining speed. This allows the engine to operate most often at his most efficient operating RPM, which will help considerably with fuel economy.

With efficiency ratings at approximately 88%, the CVT is less efficient than a full manual transmission, but should be a bit better than a typical automatic gearbox like the TH400 or 4L80E, which rely on traditional gear sets and a torque converter to transfer power from the engine to the drivetrain. Of course, the CVT isn’t really known for use in high horsepower applications, which is where the transitional style transmission is still much needed. With both designs available with modern electronic controls and precision manufacturing, they do their intended jobs very well, and we know automakers are constantly pushing the envelope to advance both reliability and efficiency, so expect even more advances in this area in the near future.

Check out an Inside View of How a Rear Differential Works 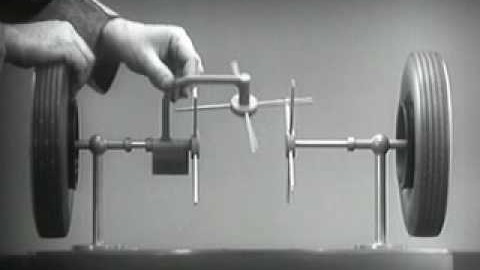