Is There Any Reason to Buy a Snow Tire Over an All-Season Tire?

Is There Any Reason to Buy a Snow Tire Over an All-Season Tire?

If there’s one thing that a lot of people don’t think about but should ...

If there’s one thing that a lot of people don’t think about but should it’s the tires on their vehicle. After all, this is the only thing between us and the road that could mean safety or disaster. If we were to tell you that changing out your tires was a life or death situation, it would probably be something that many more people would take the time to really look into.

Now, with a safe driver and a somewhat properly equipped vehicle, it might not always be life or death. However, if you’re in a situation where traction is important and the difference between traction and no traction is an accident that could end up pretty seriously, we think that most people would probably rather be prepared. The old “Better safe than sorry” moniker really comes into play here.

This time, the guys over at The Fast Lane really take it upon themselves to make the decision a little bit easier. At the end of the day, there are a lot of tire manufacturers out there, each with a very diverse lineup that really gives us a lot to choose from. Even if you do know that you want a certain brand of tire, figuring out which model is just right could be another challenge entirely.

Thankfully, with videos like this, we can kind of get to the bottom of that battle. After watching this one, we get a better understanding of what exactly it means to run a specific type of tire with inclement weather. This video should help consumers get to the bottom of the question of if it’s really worth going out and spending money on different or extra tires. This is really some important stuff no matter where you’re driving!

Testing Studded Snow Tires on Ice! Are They Actually an Improvement? 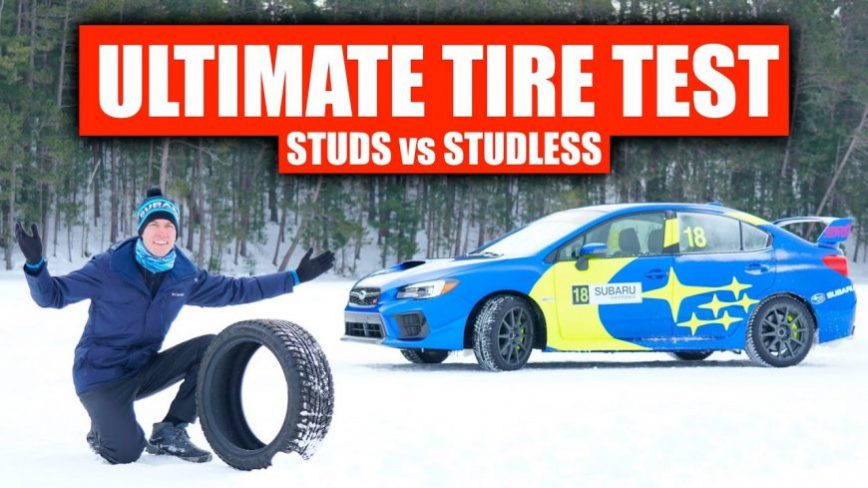