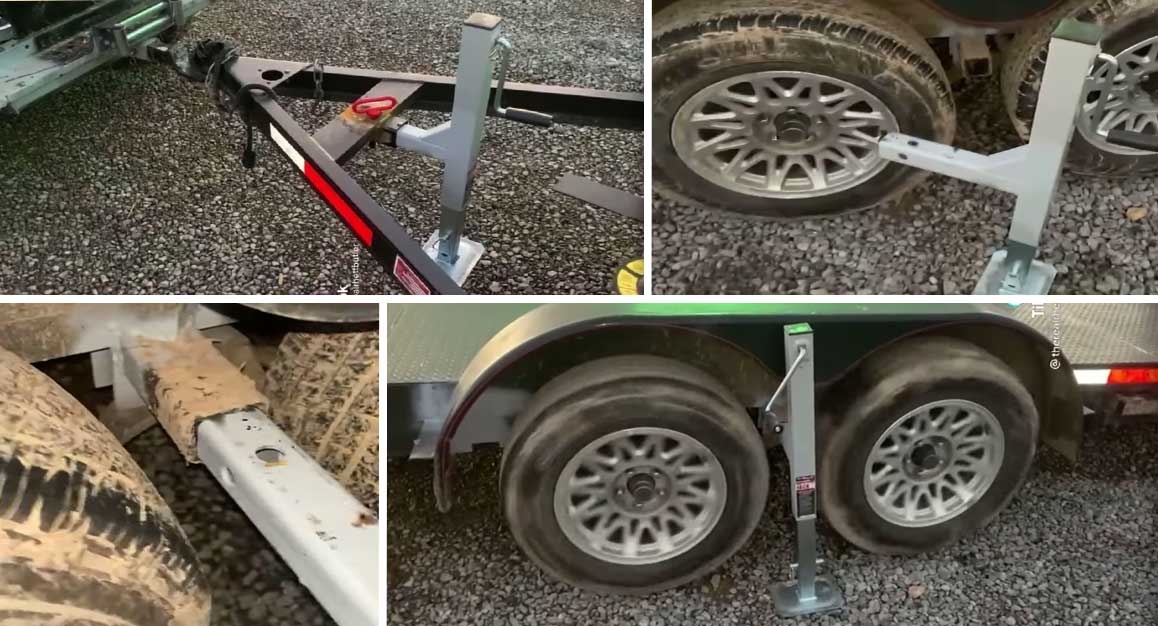 There are a lot of situations where products come around and we can’t help but smack ourselves in the back of the head, wondering why we never thought of that first. There are times where we think that jobs require a little bit of elbow grease or extra pieces. However, there will be one invention that comes along and completely revolutionizes the way that we look at these processes.

One example of something that can be really a pain in the rear end is taking care of a trailer. Sure, trailer ownership can really come in handy. However, the maintenance that goes alongside such a tool is something that can end up being a real headache. Anyone who has ever broken down on the side of the road with their trailer can especially attest to the fact that this is true. There’s nothing worse than being stuck without the right tools and in a tight position on the side of the highway when you blow out a tire on your trailer.

This time, though, we caught a video floating around that seems to be rather innovative. The concept is actually incredibly simple and looks like something that could be done with just a couple of hours and a welder. However, the results could definitely save hours upon hours of maintenance time in the long run and could even make a trailer safer to work on if you do get stuck on the side of the highway.

Down in the video below, we check out how this uploader by the name of @therealrhettbutler who originally posted to TikTok, decided to weld a hitch receiver to several places on his trailer. With a trailer jack that has the opposite end of the receiver, the jack can be slid into these different locations just like a trailer ball would be slid into the back of a truck. With that, it’s only a matter of seconds to jack up the front of the trailer or even the side of the trailer if you need to swap out a wheel in a hurry.

Traditionally, if somebody wanted to quickly change a wheel on their trailer, it would require an additional jack that takes up space or ramps which take up even more space.