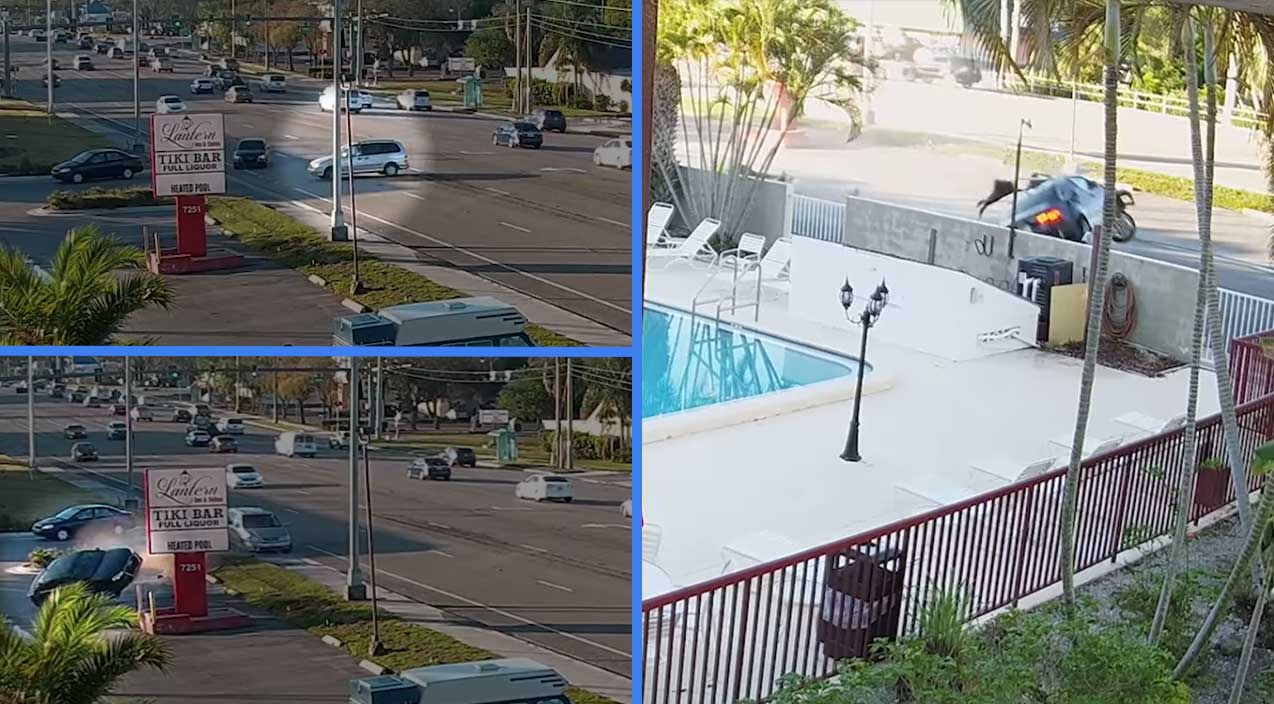 While out there operating on the roadways, things happen. There are plenty of situations where a simple drive can escalate to a level that no one ever predicted. Now, even if it looks like a very avoidable situation, I think that most of us understand that accidents are part of being human. However, it certainly isn’t an accident when somebody causes a wreck and ends up fleeing from the scene.

A couple of days ago, a video went viral released that would show exactly that. As 19-year-old, Jackson Kelley, of Bradenton, Florida would attempt to just innocently make his way down the road, things would spiral quickly. Eventually, he would cross paths with somebody who didn’t appear to be paying all that much attention. As the minivan would turn in front of the oncoming driver, Kelley would be forced to react quickly to avoid an accident. However, it turned out that he failed to do so in a split second decision that looks almost impossible to yield a positive outcome. The local news, ABC Affiliate WWSB 7, describes it as follows.

“The driver of the car, 19-year-old Jackson Kelley of Bradenton, attempts to swerve from the van’s path, but the van continues into the far right lane, colliding with the left rear of the Audi, which overturns and flips several times in the Lantern Inn & Suites parking lot.

Kelley suffered critical injuries and was taken to the hospital.”

The search was on for the man behind the wheel of the minivan and eventually, Zachari Brock was found and taken into custody. Instead of the minimal traffic charges that would have been linked to the accident, he managed to stack up a couple of felonies as well.

When all was said and done, “leaving the scene of a crash” and “driving without a valid license” were a part of the equation. I think that the lesson learned here is that for anyone who finds themselves involved in an accident, facing up to the consequences is definitely the better decision, even for those who know that it was their fault. Oh yeah, and don’t drive if you don’t have a license. DUH!

Authorities in Florida are looking for the driver of a van involved in a hit-and-run rollover crash that left a 19-year-old man in critical condition. https://abcn.ws/2TnFQ6O