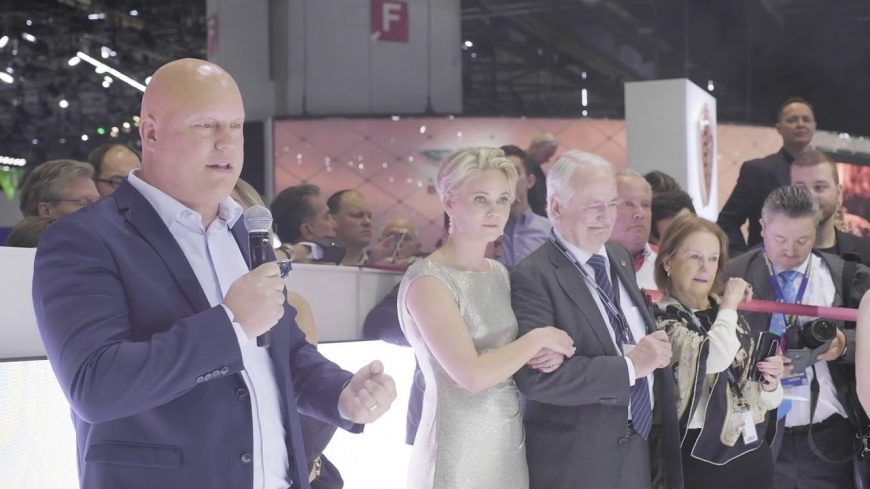 What a brand like Koenigsegg, we see cars that might not be produced in the biggest numbers but what they put together usually ends up being pretty special. These cars are not known only for their high-performance power but also for their breathtaking looks as designers and engineers come together to create something that really makes a statement. Every time that we hear of a new release from the brand, we can’t help be interested in seeing exactly what’s to follow. We know that it will always be something that knocks it out of the park.

Let’s Hear About The Specs

In the latest release, we meet a car that continues more of the same from Koenigsegg. Not only is this car absolutely stunning but it also has some pretty high promises as well. From the 5.0L twin turbo v8, a combination that Road and Track calls an engine “revised after its time in the Agera RS,” we see a lot to love. With a flat-plane crank as the center of attention, we’re sure the exhaust note that ensues is something angelic. Oh yeah, also important to mention is the fact that this thing cranks out 1,280 horsepower on pump gas. If e85 is thrown at the car, owners can expect north of 1,600 ponies! This is accompanied by 1,000 lb-ft in the torque category.

The Most Impressive Metric

Most impressively, we find that simulations have sent the combination up to 300 mph. We don’t have trouble believing that but, it’s worth noting that your Jesko might not be able to get there. Experts say that they’re just not sure that it could happen with real-world conditions, especially using the tire compound that comes with the car. We would speculate that this would probably be the biggest limiting factor of such a high-speed run.

When all of the cards fall in place, though, we have to say that this thing is certainly painted in an impressive light and we’re excited to see what it can actually do. From 300 mph promises to aerodynamics that promise 2,200 pounds of downforce, this thing is certainly a sight to be seen. It follows that the car even has a couple of creature comforts available as well. That’s something that can sometimes be swept under the rug when it comes to creating all sorts of supercars and hypercars alike.

« Minivan Leaving Car Wash Tumbles Off Of A Ledge