Artist Engraves Entire Trucks By Hand, He Even Does Kid Rock’s Cadillac! 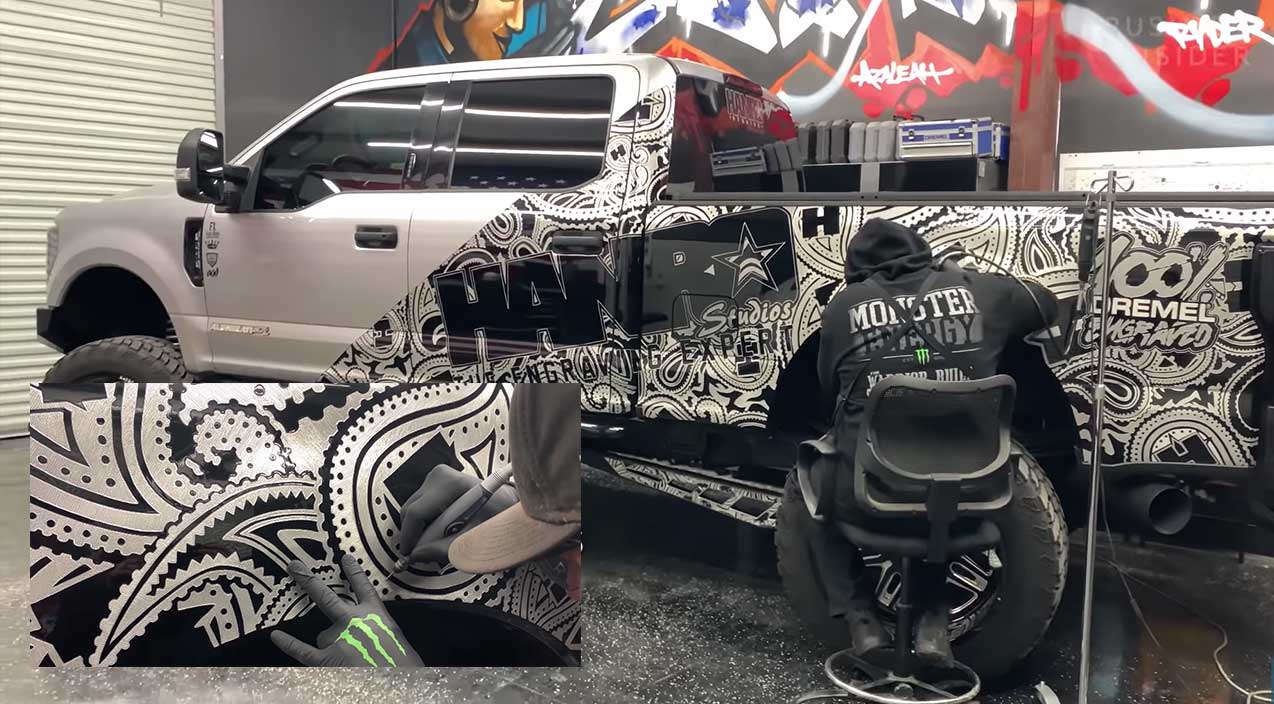 As time goes on, there are more and more ways than ever to customize our cars. It seems like in the last couple of years, the idea of vinyl wrap or some sort of dip have become much more popular, taking off in the aftermarket community. With these mediums, folks can easily ensure that their vehicles have a special customization factor to them. This gives folks the opportunity to have something that’s their own while making their vehicle stand out from the crowd while making it a bit personal. After all, our cars can really tend to be a reflection of ourselves as people.

For those who really want a custom touch, though, it might cost them a pretty penny. For those who are looking to have their vehicle become truly one-of-a-kind, they might enlist the help of someone like Hank Robinson of Hanro Studios. Hank is a military veteran who has taken it upon himself to take his talent for engraving and make it something that everyone has to enjoy. Every last piece is nothing short of a work of art that demands attention in a way that we haven’t seen too many times before. Unlike most other mediums of customization, the engraved pieces here are guaranteed to make every last vehicle that Hank touches a true one-of-a-kind piece of art.

By following along with the video below, we get to see just how intricate these designs have gotten. Hank started out on an aluminum-bodied Ford F-150 that made the finished product sparkle. After seeing how well it turned out, he has been able to expand to different vehicles and components that he’s able to customize. He’s even done work for bands like Five Finger Death Punch, artists like Tech N9ne, and even the one and only Kid Rock.