For those who have climbed the ranks of being the best athletes that the world has to ...

For those who have climbed the ranks of being the best athletes that the world has to offer, it seems like branding is just about everything in terms of how they make their money off of the field. With the proper branding, a name might become big enough to the point where a company can slap it on a pair of shoes, maybe an energy drink, and this time, an entire trim level of a car. That’s right, just when we thought we couldn’t possibly see any more of the New England Patriots star quarterback who, this Sunday, will have made his appearance in half of the Super Bowl games over the past decade, his namesake is going to be slapped on a car.

As fate would have it, Tom would end up getting together with Aston Martin to create his very own special edition of the Vanquish S. There will only be 12 versions of this car created, appropriately numbered the same way as Brady’s jersey. In order to get behind the wheel of one, potential customers will have to pony up $359,950. That’s quite the substantial upgrade in price from the regular Vanquish S that has a price tag of that falls just short of $300,000.

This is one of those cars that is incredibly rare and could end up being a collector’s item but on the other hand, it may just be so niche that it ends up being one of those oddball “Oh yeah, that DID exist at one point” vehicles that we see years from now. However, there’s certainly no denying that this is about the ultimate collectible for fans of TB12.

ESPN tells us that Brady helped customize the car with “an ultramarine black exterior with dark leather inside and paddle shift tips made out of California poppy leather.” They would continue that “Brady’s signature is on the doorsill plates, and his “TB12″ logo can be seen throughout the vehicle, including on the fender and embossed on the headrests.” This has to lead one to wonder if Brady will be making an appearance in a marketing promotion for the British automaker at the big game this weekend in addition to playing in it.

Meet The Tag Heuer Aston Martin, That Comes With The Watch That Inspired It 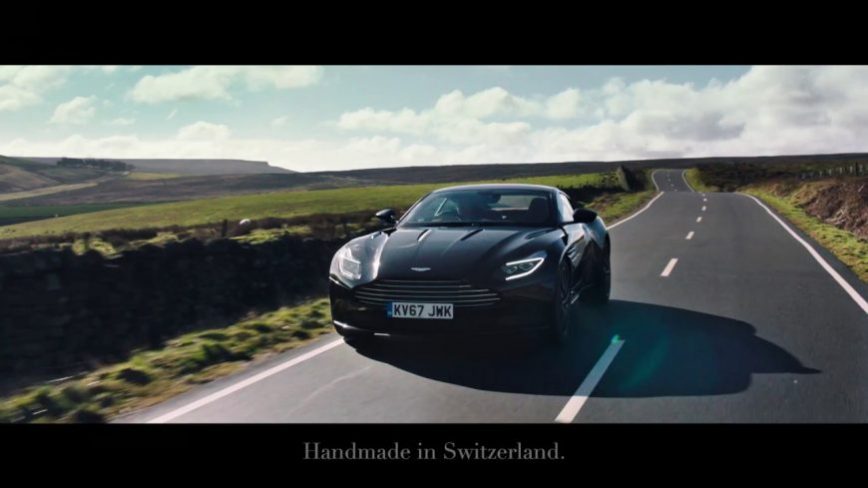