Audi is Gunning For Tesla Model S with New Release

Audi is Gunning For Tesla Model S with New Release

In the automotive marketplace, I guess that one could say that it’s a pretty ...

In the automotive marketplace, I guess that one could say that it’s a pretty cutthroat place. With each manufacturer trying to one-up the next, everyone is kind of forced to stay on their toes and try to make themselves better. For consumers, it’s pretty awesome to see because this means that all of the options that are going to stay alive in this market have to be on their A-game and deliver the best product at the best price that they can manage as others begin to move in on these cutting-edge concepts and bring down the price across the board.

One of the latest in cutting-edge concepts would be that of the fully electric vehicle. I think that most industry experts would agree that Tesla is firmly in control of this segment as the leader but, when it comes to what is going to happen in the future, every other brand probably has their eyes firmly fixed on moving into this electric space. You can see exactly who has been eyeing it up by peeking at the news coming out of the LA Auto Show.

This time, the topic on the table is Audi’s contribution to the fully electric market as, by late 2020, they plan on rolling out their e-tron GT to compete directly with the Tesla Model S. This is one of three planned fully electric vehicles from Audi who also plans on an e-tron SUV to come next spring and a Sportback that will come late next year. As of now, Tesla has been one of the only brands to have any sort of longevity in the market as others have taken their shots and never really caught on.

Will Audi be the next to break their way into the battery-powered market or is this just going to be another case of a swing and a miss?

Tesla Model X Tries To Take Down The King, A Lamborghini Aventador 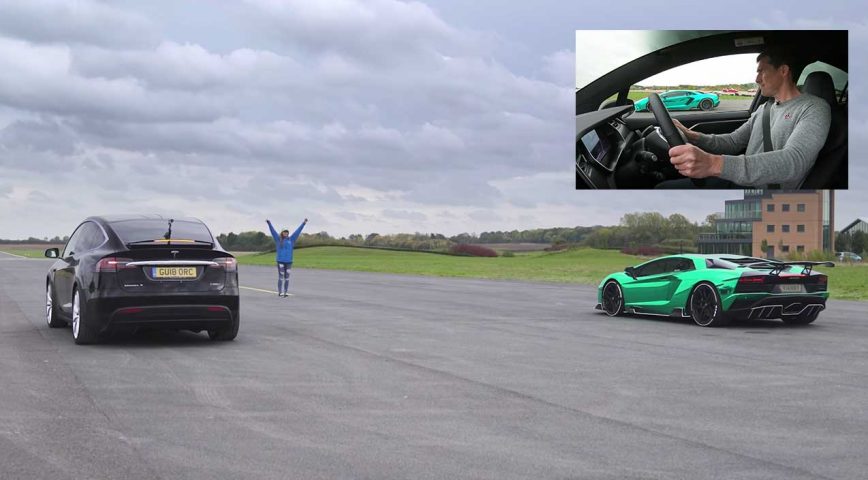