Barn Find: This Harley is an Absolute Time-Capsule

Barn Find: This Harley is an Absolute Time-Capsule

We absolutely love a good barn find story, whether it be a forgotten exotic or a ...

We absolutely love a good barn find story, whether it be a forgotten exotic or a hidden muscle car, or even a time capsule Harley Davidson! This bike is quite literally straight out of the 40’s, but was still in amazing shape when it was pulled from it’s former hiding spot and retuned to the light of day.

As you can see, the bike is an all-original, unrestored 1948 Harley with a side car that was tucked away in a garage for decades. Bike collector and restorer Wayne Carini found the bike and knew he had something truly special on his hands.

Wayne paid the asking price for the bike and hauled it back to his shop, where he began looking things over to see just what kind of shape the classic ride was in before heading off the show it at a classic motorcycle show.

The bike needed very little, as the engine still spun over despite sitting for countless years. He doesn’t go into the details about what was needed to get the bike running, but we can assume Carini wanted to keep everything as close to original as absolutely possible. He was very excited to pull the seat covers off and find the original leather in place, meaning the seats would not need to be restored.

Instead, Wayne got the engine up and running and headed to the show to share his find with other classic bike enthusiasts and collectors. With the bike wearing some patina from the years of sitting, it still looks and sounds great, proving that classic Harleys are very well-built machines.

The fact that this bike only needed a little work to actually crank and drive despite being sixty years old is almost impossible to fathom. What an amazing stroke of luck to find and be able to show off this awesome ride.

This Harley is an absolute time-capsule. 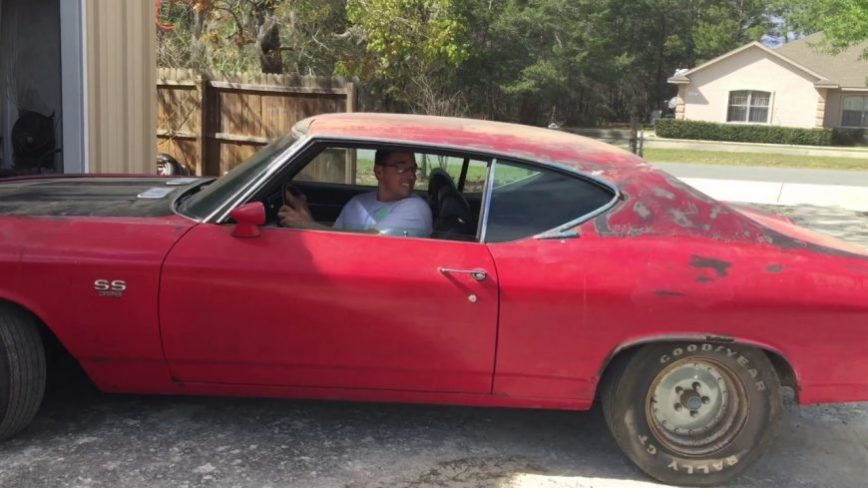