Beater Bomb Mustang -vs- Firechicken on the Streets 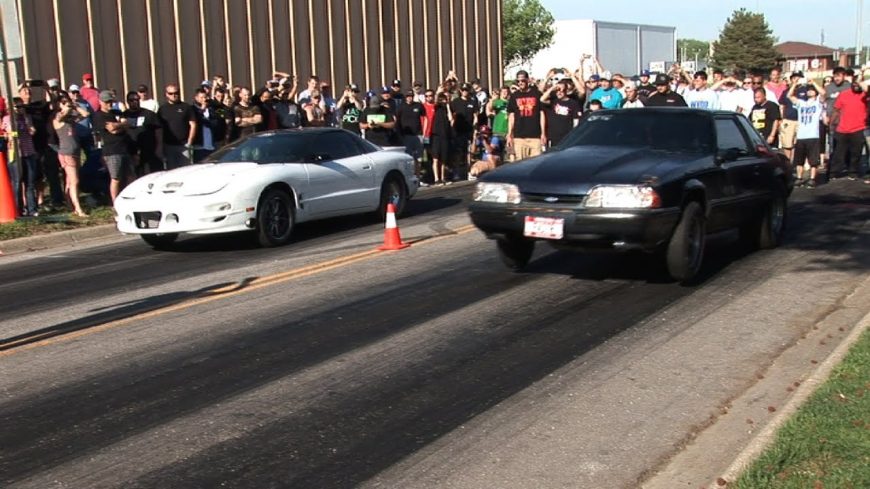 In this “Lost Footage Vault” clip from our friends over at Urban Hillbilly, the infamous Beater Bomb lines up with the Firechicken at Kansas City Cash Days for some grudge action following the the Cash Days shootout to find out who is the man on the street!

KC Cash Days, put on for the past two years by WYCO Racing as an organized, sanctioned event on the streets of Kansas City, has quietly garnered quite a following on social media and through Urban Hillbilly’s coverage and YouTube sharing. There is a 16 car shootout, then the gloves come off for some grudge action between whoever wants to line up! The races can be for bragging rights only, or maybe the teams throw a little money out there to make things interesting. We don’t know if there was any cash on line for this race, but we know who will have bragging rights: The Beater Bomb!

If the Firechicken had gotten off the line a little quicker this would have been a great race, but he was tardy and the Beater Bomb had too much power, pulling out to a big lead and even dumping the chute in the Firechicken’s face as he crossed the finish line!