Beating on a Million Dollar Mercedes 6×6 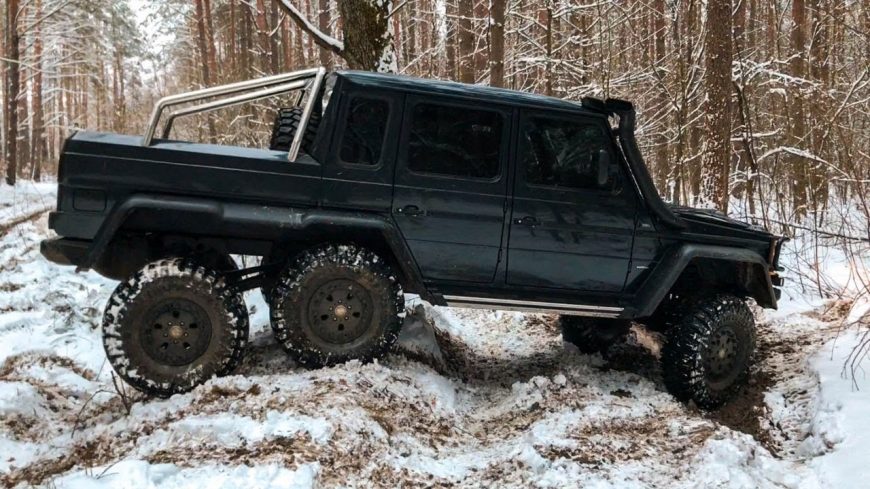 With the Mercedes-Benz G63 AMG 6×6, the truck seems to be a great candidate for holding its own off-road. However, with a substantial price tag behind it, the platform might not see that much off-road time. Many would probably see this as a viable time to start cracking jokes. After all, one scroll of social media will have all sorts of jokes popping up about vehicles that don’t go off-road but are designed to. I’m not sure that we can really blame the owners of these trucks, though. With a price tag that rings in around a million dollars, it’s definitely quite the sizable investment to damage.

This time, however, we run into a Mercedes-Benz 6X6 owner who isn’t afraid of the mud one bit. Instead, he’s going all the way in with his high dollar SUV. Instead of cruising around mall parking lots, this driver seems to be determined to put the vehicle through its paces. This poor luxury cruiser is absolutely put through the wringer in what just might be the most abuse that one of these things has ever seen. We can’t help but droll at the opportunity to get to watch such a display.

By following along with the video below, we get the opportunity to join in on the action. Keep your eyes peeled for this one because it’s not too often that one of these incredible machines is taken off of the beaten path. After watching a video like this one, we can’t help but want to hop behind the wheel ourselves. I think that most would agree that we’re glad that we’re not responsible for the bill if anything breaks!

We can’t help but get a little bit anxious watching it flex and get close to the trees! Much respect to the owner.