When it comes to putting together a show car, the process is nothing short of an art ...

When it comes to putting together a show car, the process is nothing short of an art form. With every last piece in place, all of the hard work and effort comes together to form one cohesive picture. Perhaps, some of our favorite builds bring together lots of subtle touches. Even though some of them are incredibly trick or custom, it really takes a skilled eye to be able to tell exactly what the builder did. When all is said and done though, the car gives off a feeling that it’s really something special.

This time, we see that with the likes of a 1973 Chevrolet Vega. When the car originally came out, there really wasn’t anything special about it. These days, we occasionally see them jacked up and rocketing down the drag strip. There aren’t too many that left roaming their way around the roadways, though. However, for this creator at the 2019 Goodguys PPG Nationals, the Vega would be his canvas of choice.

By following along with the video below, we get an inside look at what is called the “Vegabond.”

This Pro Street build brings together all sorts of different creative touches and a ton of handiwork. It took some serious talent in order to bring these features together into a finished product like this. When all is said and done, the car so clean that one could eat off of it. We would almost be nervous getting close to it because we can truly tell the amount of hard work and effort that it took to make this Chevrolet pop.

Down in the video below, we get the complete tour of the car from ScottyDTV. As usual, he takes the extra time to point out certain features that might not exactly be run-of-the-mill and those that he likes.

Chevy Vega Does Work on the Streets 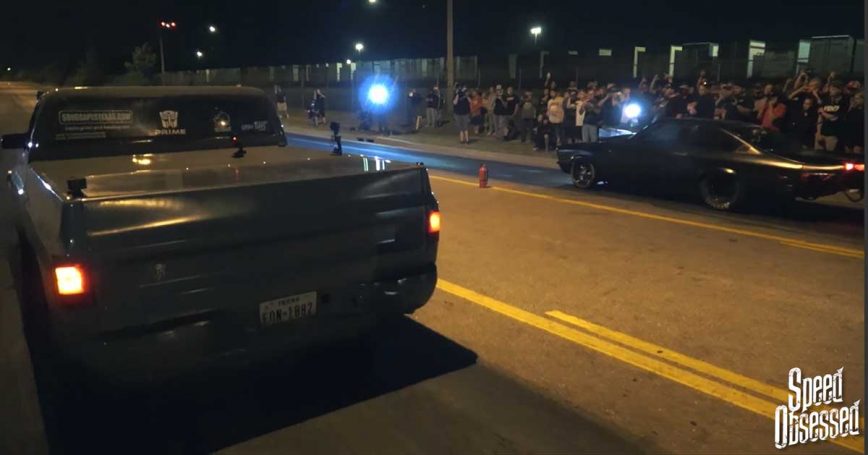