Sometimes, parking tickets can certainly be a thorn in the side. Nobody really wants ...

Sometimes, parking tickets can certainly be a thorn in the side. Nobody really wants to come out to their car to find a ticket slapped on the windshield. Whether or not it was warranted, it almost feels like a pretty big waste of money when a high dollar fine is slapped on your vehicle.

While people probably struggle to find the strength to give away their hard-earned money for a parking ticket, Las Vegas is doing something that might make it a little bit easier. Previously, people basically had no idea where the money from the parking fines were going. This could make the process even more frustrating. For a limited time, though, the city is allowing people to pay with something other than money. Instead of bringing in hard-earned cash to the table, those who have been slapped with a parking violation can now pay their ticket with school supplies.

At the end of the day, most of these fines should probably be going toward helping the community, anyway. In this way, people who are paying fines will feel like they are actually directly helping. This comes in lieu of them feeling like the money might just be getting thrown away or splurged on some extravagant expenditure.

People who have still not paid their parking infraction between June 19 and July 19 will have the opportunity to pay in school supplies. These supplies are to be of equal or greater value than the ticket itself. It might not be saving the person with the ticket any money. However, it is really helping out the community. After all, the children are the future of every community around the country. In turn, they deserve a fair shake at getting a fruitful education. With the right supplies to get their work done, we’re taking a step in the right direction. 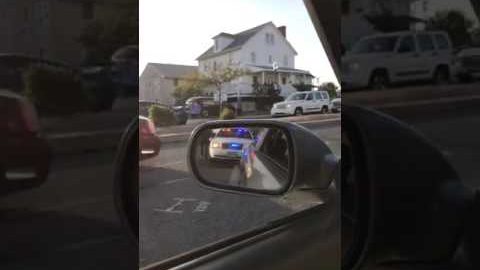