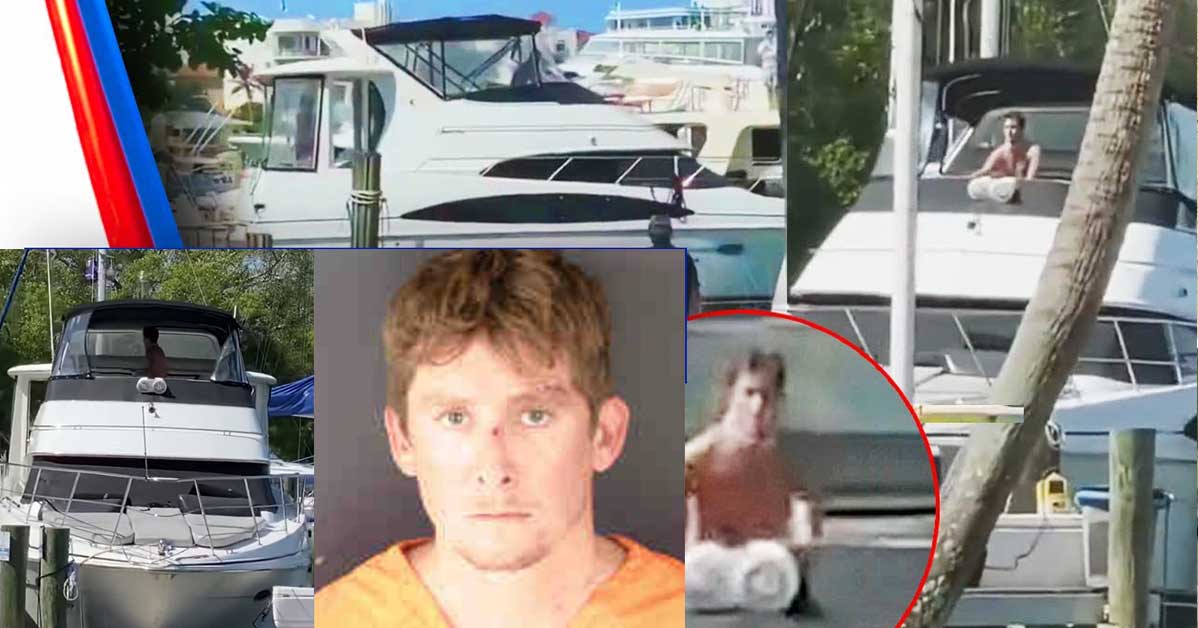 If there are two things that definitely don’t mix very well together, it’s the consumption of alcohol and the operation of a motor vehicle.

Even though it seems like the boating scene and partying go hand-in-hand, getting behind the wheel while under the influence definitely isn’t a smart idea. However, for a 32-year-old boater in Florida, that didn’t really seem to faze him very much.

It seems as if this guy definitely had way more confidence than he should have behind the controls here. Perhaps, a little bit of that confidence was inspired by the alcoholic beverages in his system as the man was eventually charged with four counts of operating a boat under the influence. We aren’t even really sure how much damage he ended up doing but the tally has to go pretty high. He was trying and failing for quite a while there.

Apparently, this drunken individual attempted to take a substantially sized boat and dock it in a marina filled with other substantially sized boats. In other words, tiptoeing around that margin of error could end up being pretty expensive. Let’s just say that this guy didn’t tiptoe, either, but instead drove a sledgehammer right past that margin. This isn’t just a little bit of a mistake, it’s basically like taking a car and driving it at full throttle through a glass wall.

As the man attempted to dock the massive vessel, he would end up playing more of a game of bumper boats. It’s pretty crazy to watch as the vessel doesn’t seem to find its way anywhere near the appropriate slip. Instead, it bounces off just about everything in sight, causing mass mayhem in the marina as children nearby scream in terror and just about everybody on location can’t help but have their eyes glued to the situation.

« Just How Hard is it to Put Your Truck Through a Brick Wall?