Bentley RC Car has a Real Deal Blown V8 Under The Hood and it Sounds Wicked!

Bentley RC Car has a Real Deal Blown V8 Under The Hood and it Sounds Wicked!

These days, those who choose to partake in the hobby world of remote control have ...

These days, those who choose to partake in the hobby world of remote control have done some pretty wild things to bring their hobby way up to speed. When it comes to putting just the right machine together, you see some wild customization as enthusiasts will really go past what comes off of the shelf and make some things for themselves.

Some of these machines really bring an all-new dimension to the small vehicles that many would have seen as toys but have since become more of an art form and a hobby that can really be appreciated in detail.

This time, what we’re checking out is a scaled down remote control vehicle that’s powered by none other than a supercharged V8 engine that’s housed in the body of a shrunken down Bentley. To simply say that this hot rod is cool would really be selling this thing short because this micro machine really has a lot going for it all at once. The look, the sound, and possibly the performance (if we had a chance to see the person behind the controls really rip on it).

Not only is it fitted with the tiny little eight-cylinder engine but it also sounds the part oddly enough as well even though the engine is as small as it is. The car doesn’t have that high-pitched droning buzz that you would come to expect from a nitro powered remote control engine. Instead, it has a kind of a deep and distinct growl to it. Check out the video down below and check out this remote control creation for yourself. Be sure to tell us what you think of how this thing came together to impress. I bet that this machine does more than its fair share of stirring up the conversation, that’s for sure! 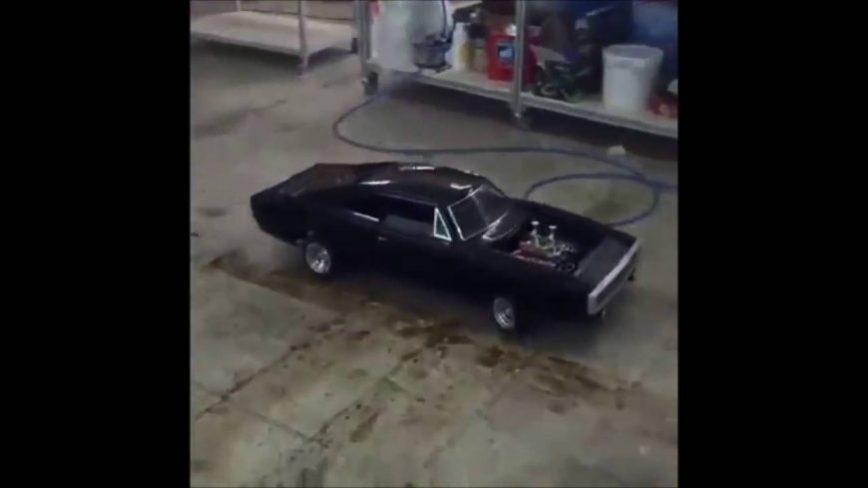