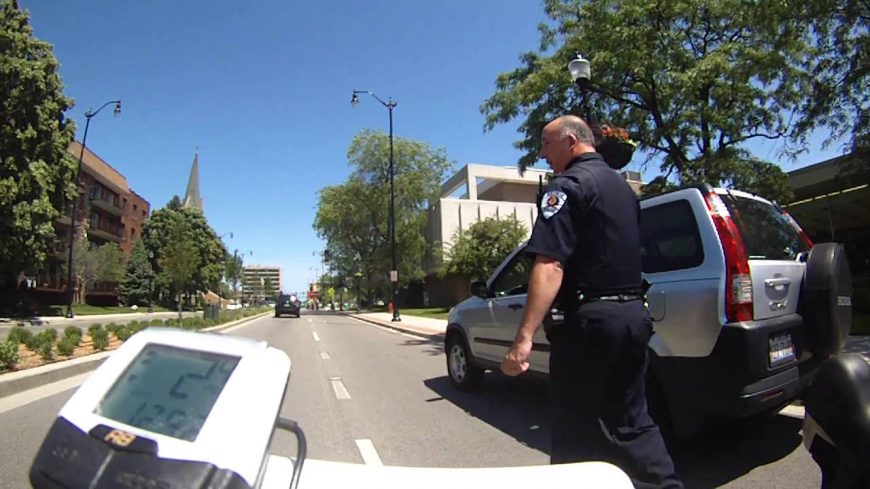 Even if you find yourself in a situation that you don’t agree with, there’s usually a right and a wrong way to handle it. For example, if a motorist sees a bicycle rolling in the street and they either think the bicyclist should speed up or that they shouldn’t be there at all, tailgating them and putting their life in danger certainly isn’t how you’re going to want to grapple with that situation.

This time, we join in on situation that has a biker being tailgated by a Honda CR-V in a situation that the bicyclist says had the Honda just a couple of inches from his rear tire, really putting him in danger if a hazard were to pop up in the road to make the bicyclist have to slam on his brakes. It goes almost without saying that the bicycle would be able to stop a lot faster than the Honda, causing a dangerous situation for the rider who would probably like to avoid becoming one with someone’s front bumper.

However, to the bicyclist’s delight, a police officer saw the entire thing unfolding and decided to throw on his lights and siren to do something about it. I’m not sure which side of this debate you would gravitate toward, but for this rider who felt like he was in danger, this had to be a dose of instant karma. Be sure to check out the video down below and tell us what you think of how this entire thing went down.