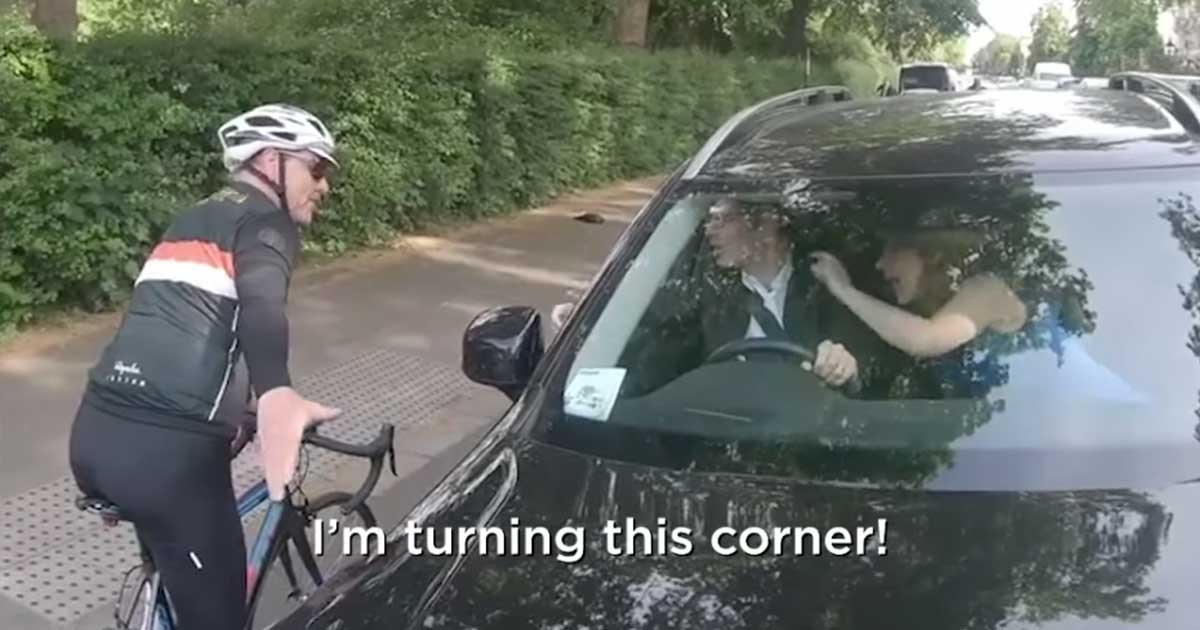 The rules of the road are certainly in place for a reason. The aim is to keep everybody safe and ultimately to keep traffic moving with a smooth flow. Every once in a while, I think that we’re all guilty of breaking some of these rules in the name of our own personal convenience.

This time, we follow along with the driver of a Volvo who appears to be doing just that. It looks like the driver thought that they were going to skate under the radar. However, a bicycle rider decided that he wanted to jump in and play a police officer.

Apparently, the driver of the Volvo was on his way to see a couple of patients. Because he was late to see them, he decided that going the wrong way down the street would be an acceptable maneuver to avoid traffic. When a bicycle rider saw this happening, he decided to block traffic and force the Volvo driver to make a U-turn. This maneuver also managed to block up traffic for a taxi driver trying to make his way through.

Situations like this really boggle our mind from every single angle. There’s an argument to be made against every party here. Why couldn’t the driver of the Volvo wait a couple of more moments and just sit in traffic? Why did this bicycle rider decide to play a police officer and ultimately cause a bigger problem? Couldn’t everybody just mind their own business and follow the rules of the road? These are the questions that we need answers to!

By following along with the video below, you’ll be able to pick your own side. It was kind of hard to not laugh at how silly this situation is and how seriously the people involved are taking it. We’re just happy that we’re on this side of the screen and not wrapped up in it!