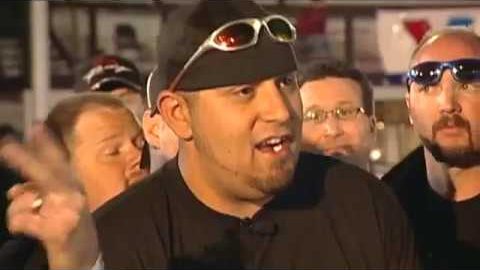 Sometimes, you have to take a look back at memories to see just how far you’ve come. Something like this can be aided by a walk down memory lane on YouTube. These days, just about everyone is posting some kind of content online to some capacity. Therefore, being able to take a look back in the future will be a bit easier. When we try to dig up some old school content with today’s stars, though, it takes it of searching.

For the Street Outlaws, well, they weren’t always the reality stars that you see on television today. They definitely did come from more humble beginnings. The climb to the top has been a long one. In fact, some members of the show made a couple of other stops before hitting the Discovery Channel.

For those who were fans of the Speed Channel years ago, they might remember a little show called Pinks. Drivers would go toe-to-toe with one another on the strip, getting wrapped up in a battle that would end with one team going home with two cars after showing up with just their own. The other team would go home empty-handed.

In this super throwback to the year of 2006, we check out a baby version of the Street Outlaws. This episode of Pinks showcases a 24-year-old Big Chief, a much younger Daddy Dave, and an AZN who looks like a child!

Follow along with the video below as they roll that nitrous Ford Mustang up to the line in order to take on the “Wooly Mammoth,” a Chevy Vega wagon that might also look familiar yo you. The Wooly Mammoth has also has gotten its fair share of exposure over the years.

After you watch this throwback, you might get a better sense of exactly how far these guys all have come. It’s amazing to see where they were all those years ago.

« Could the Toyota Avalon TRD Really be a Credible Sports Car?