Could the Toyota Avalon TRD Really be a Credible Sports Car? 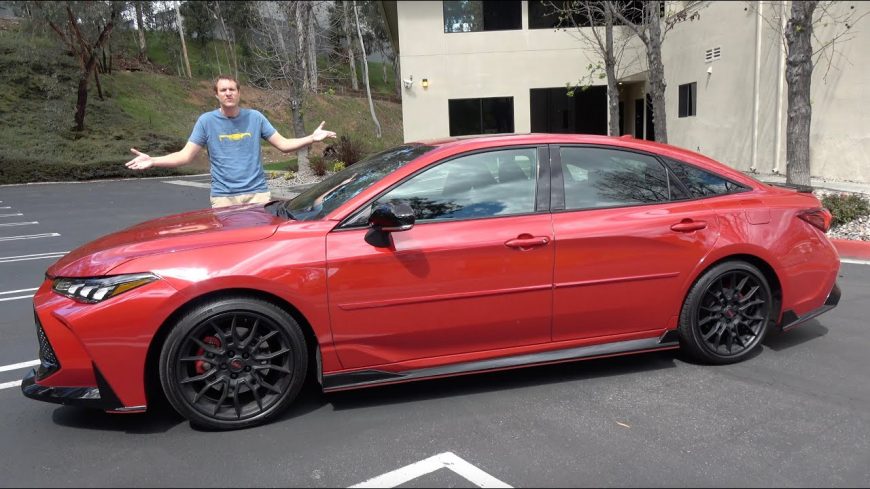 As automotive enthusiasts, we have a very specific set of wants and needs. For example, if we had our way, every car that a company like Toyota produced would be as exciting as the Toyota Supra. We think most people would agree that this would be a nice world to live in.

Unfortunately, though, it doesn’t matter what people say. What really matters to automakers is where people are willing to put their money. Sure, a car like the Supra has a place in the automotive landscape. However, it’s usually the boring family cars that end up dominating sales. Believe it or not, there aren’t too many people out there who are shopping for a sports car that only holds two people.

However, Toyota isn’t ready to throw sportiness out the window just yet. How they end up implementing it, in some cases, is a bit… odd.

Toyota knows that people want to be excited while they drive. Some of these people need to have a functional vehicle, though. In order to please these people, the combined both of the concepts in one model. How well they executed the idea will be up to you.

To us over here in the gearhead community, the 2020 Toyota Avalon TRD might be a head-scratcher. However, what’s important to remember is that selling the most units is the bottom line. With that in mind, it looks like Toyota tried to take the functionality of an Avalon and combine it with a sportier side. There’s definitely a fine line between cool and corny in this segment.

While most people who buy a sedan are probably content with something basic, Toyota seems to think that there might be a market for those who like something a little bit more sporty. By following along with the Doug DeMuro video below, we get the rundown of what exactly it is that makes this Avalon TRD.