Big Chief Falls Flagging A Race, Would You Be Able To Let Go Of The Button With Him Falling?

Big Chief Falls Flagging A Race, Would You Be Able To Let Go Of The Button With Him Falling?

During the course of a race, there is certainly a lot to think about and tons of ...

During the course of a race, there is certainly a lot to think about and tons of factors that you need to keep your eye on at the same time. Most of the time, with how quickly a race is moving, you don’t really get to consciously react to a lot of these instances and process them as they tend to come up so quickly that you couldn’t possibly wrap your mind around the scenario in an efficient manner before deciding what you’re going to do. Sometimes, these small instances are going to end up equating to quite a big deal other times, it might just pass you by and you, the driver, won’t think twice about the moment.

This time, we follow along with a situation in which both drivers are forced to make a split second decision on the starting line when Monza and the Split Bumper Chevrolet Camaro go head-to-head with Dominator on Street Outlaws and straight from the get-go, a little bit of confusion is tossed into the equation. As it turned out, when Big Chief, the man who is flagging the race, took a couple steps back before illuminating the flashlight, it appears as if he managed to trip himself up, turning the light on before barreling backwards to the ground and leaving both drivers to try and figure out what to do next.

The tough situation does appear to maybe have momentarily altered the start of the race, however, I think that a lot of racers would argue that, in a situation like this, it’s just some adversity that you’re going to have to fight through, however, others might argue that taking off from the starting line could potentially be a safety concern. After checking out the video down below, tell us what you think here and if you would’ve taken off or stayed put in a situation like this. Did Monza stop for a second to make sure it was safe to roll and end up costing himself the race? You be the judge!

Tell us what you think, could you let go of that button if Chief was falling in your lane?? Crazy night to say the least! 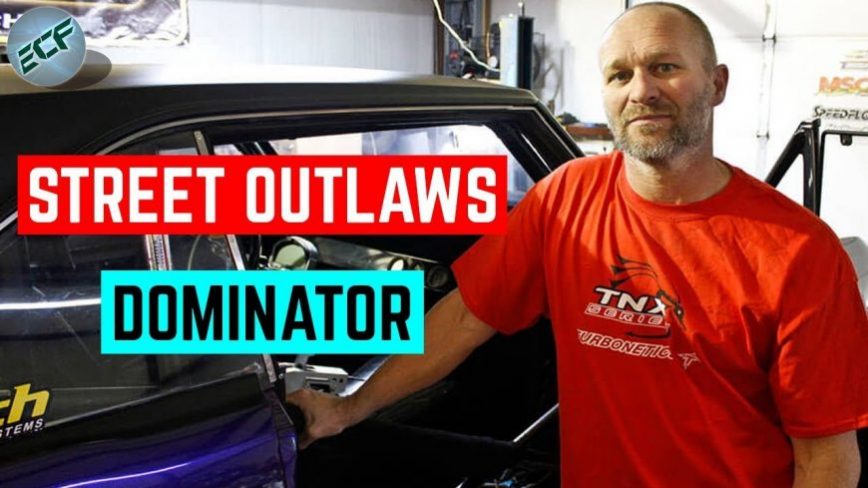