Big Chief From Street Outlaws Goes For A Ride With Drifter Vaughn Gittin Jr. at SEMA

Big Chief From Street Outlaws Goes For A Ride With Drifter Vaughn Gittin Jr. at SEMA

In order to hop behind the wheel of a car that is capable of reaching speeds of nearly 200 mph in less than four seconds, you have to have your nerves together. Anything other than cool, calm, and collected will make sure that your exit to the sport of drag racing is rather hasty.

When you’re among the biggest drag racers that exist like our buddy, Big Chief, then you need to really have your composure together. Luckily, when it comes to slapping himself in the face with all of those G forces, we most certainly know that Chief really is on his game.

When these two superstars collide in one car, we have to say that the look on Big Chief’s face really says it all when Junior lays into the throttle and slings his RTR Ford Mustang sideways through the corners during a SEMA demo. When Chief starts going off at the end of the video, you could really get a good idea of just how intense such a situation really is. Check out the video below that sits you in the shotgun seat with Chief and takes you along for the sideways ride!

The only next logical step here is to slap Gittin in the Crowmod! Right?

Daddy Dave takes a drive on the Drift trikes 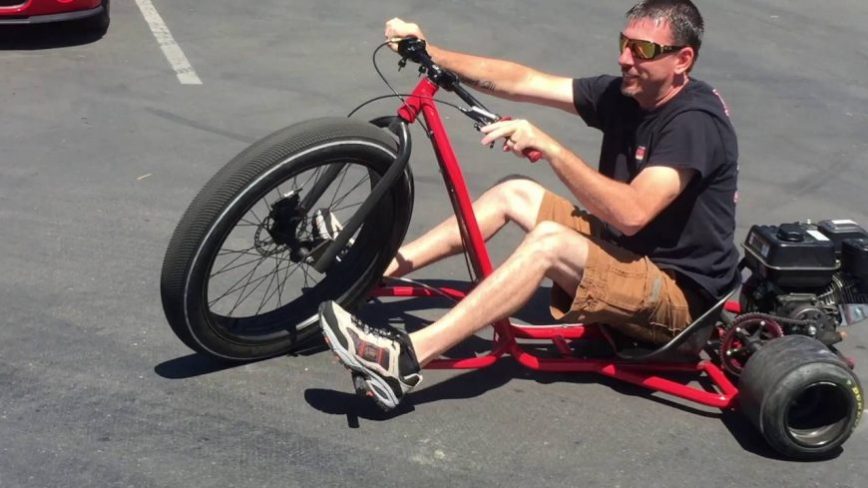