Big Chief in the Crow Making a FAST Test Hit! 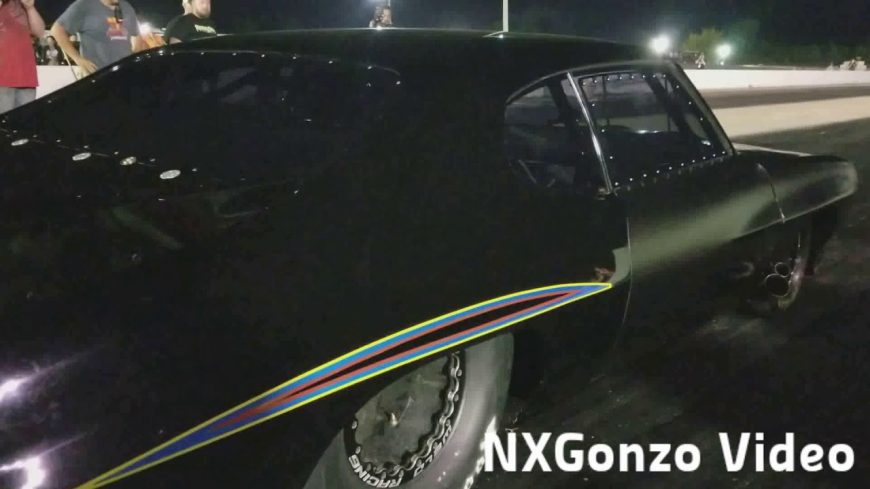 Big Chief has his new car hooking hard and going straight, which are two of the most important factors in any race car. The Crow is doing some amazing things, laying down numbers quicker than any car Chief has ever owned, including the lighter and more modern Crowmod. I talked with Chief himself yesterday and he shared a little of the magic of this car with me.

“The car just… works. We can’t figure out what it is, but there’s something in there that just flat-out works. The car was an old chassis that was a little ahead of it’s time, but also had some stuff that needed to be updated,” he explained. “So we cut some of the old stuff out and put new stuff in, and now the car is just a bad m***** f***** full of old and new stuff!”

The enthusiasm in his voice was obvious as he waited in staging to make another hit, just one day after this video was shot by our friend Aaron at NXGonzo Video, a change from his somewhat lukewarm response to the Crowmod. The new car has a steel roof and quarter panels and weighs quite a bit more than the featherweight Firebird that stood in while Chief searched for a long-term replacement for his beloved Lemans-turned-GTO that fans of Street Outlaws remember so well. Now that he has his hands on this new GTO, and it’s biting harder and running quicker than any of his previous rides, the 405 Top 10 list is sure to be the first target, right after he takes his shot at one of the biggest No Prep paydays in all of racing this weekend at Thunder Valley Raceway Park. There’s weather in the area now, but they’re hoping to get a break in the precipitation soon and get the racing underway. Check back for updates on the race, as well as Chief’s journey back to the list in the new Crow.