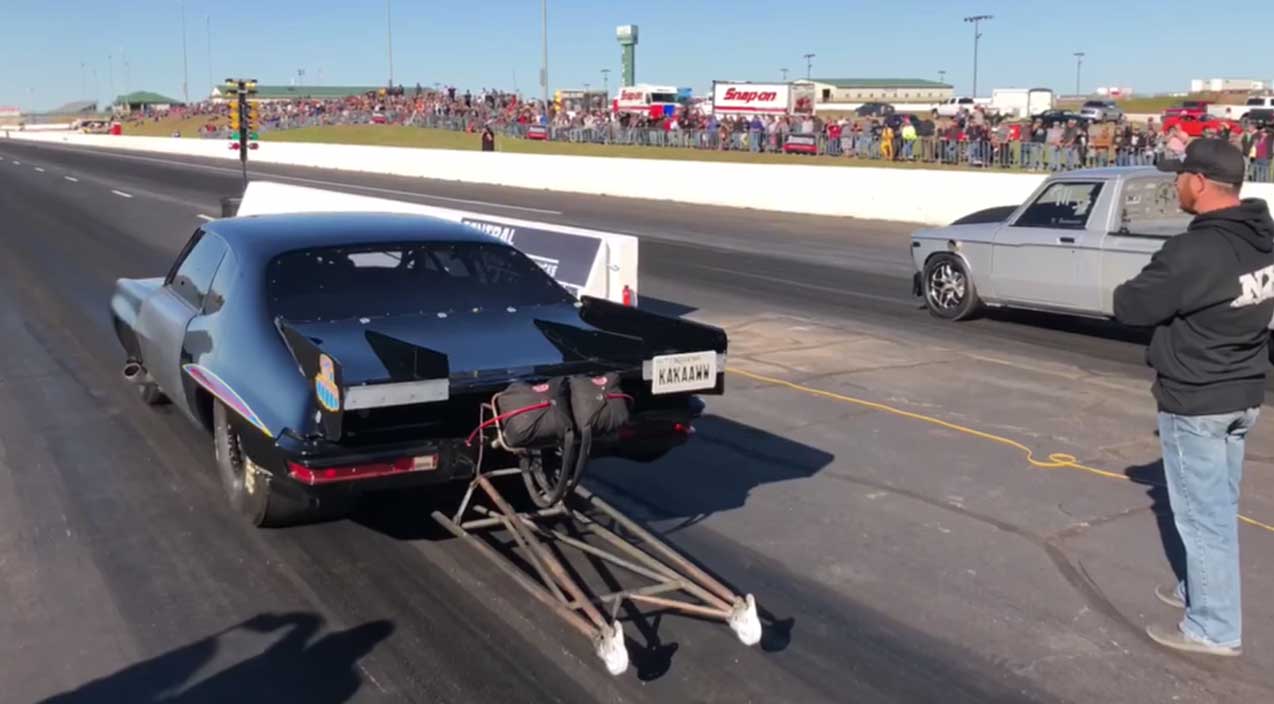 Big Chief is known for a lot of things, namely his Pontiac GTO with a twin turbo Pontiac power plant, his over the top style of street racing, and group of misfit friends from Oklahoma City that are the backbone of the Street Outlaws franchise, but this weekend he ventured out to do something a bit different than your typical street race. He went to a venue that he’s pretty familiar with, but with a twist. This is not something he’s done since upgrading to a power plant making this much power, but Chief has years of experience in harnessing horsepower on sketchy surfaces, so this could still play in his favor. The event is known as No Prep Nationals and is held in Topeka, KS at Heartland Motorsports Park. The twist, of course, is that they moved the tree to the very end of the shutdown and had the competitors racing back toward the starting line.

Chief has been doing similar events dating back to 2008, so he and the Midwest Street Cars team are no strangers to a surface this bad. Kyle Buckmaster is the man piloting the Luv, which is known mostly for being a small tire, and “Tailgate” Or Truck class contender, but he’s no stranger to lining up with a big tire car, and has won his share of races against cars that, on paper at least, should have beaten him. With $40,000 on the line, both guys were ready to send it! There is no margin for error for either of these competitors as they’re both veteran racers and veterans of less than desired track surfaces.

As the race starts, the small tire Luv truck shoots out like a rocket, with it’s small block, nitrous assisted power plant getting out of the hole fast! However, the small tire truck just didn’t have enough steam to stay out in front of the turbos on the big end. Chief admittedly cut a less than spectacular light, and seems to have knocked the tires off initially, but that didn’t stop the wily street racer from gathering it up, and driving around the Luv on the top end in a very good race