Big Chief Spills the Beans on Why the 405 is Absent From “Street Outlaws: Fastest in America” 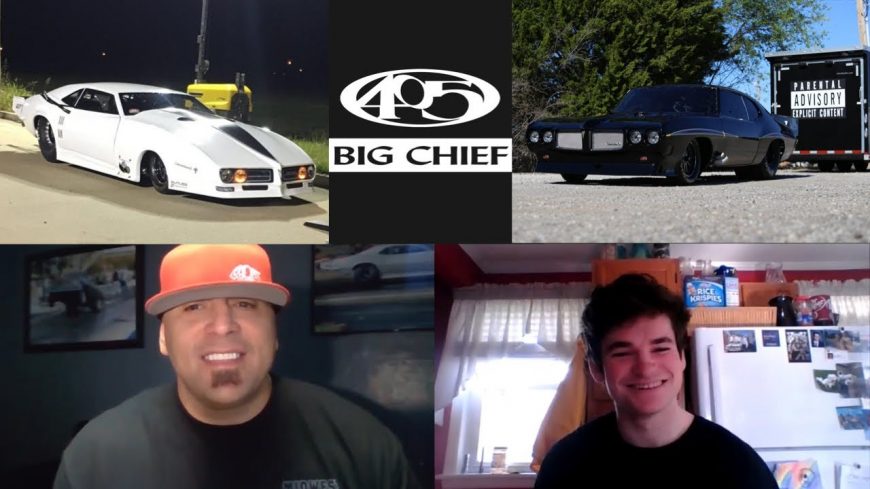 When we Google “Street Outlaws: Fastest in America,” the description goes as follows: “Eight of the fastest teams in the U.S. descend on Memphis to compete for the biggest street race yet, for a prize of $100,000.”

However, lots of fans have noticed that the 405 hasn’t been present on the show. Oklahoma City is widely regarded as the street racing hub of the world. Everyone has their opinion and some might not agree that the 405 is the fastest area code. However, discluding them from the list of the most prominent areas for racing would be downright asinine.

Apparently, the powers behind the show decided that this would be the way that things would go, though. The 405 wasn’t to be invited to compete to be “The Fastest in America.”

Along the way, it turns out that a couple of guys from the 405 caught wind of the production. It surely was an odd set of circumstances. Apparently, leading up to the show, the 405 was given no direct communication that the show was even going to happen. It seems like they only found out about it because of a chance Facebook encounters.

This time, an interview from Sim ABCXYZ on YouTube dives into how it all went down. We could see something like this coming down to a situation where people didn’t see eye to eye on details. However, the fact that the 405 didn’t even know what was happening is pretty odd. It really stood to create a situation where the fans wanted answers.

In the interview, Big Chief reminds us that he can only speak for himself. What he does say, though, is that he was never really approached about the show at first. When he did catch wind of it through a post on the DNR Auto Facebook page looking for racers, he was ready to sign up. Little did he know that the race was a Discovery Channel production.

Eventually, an invite was extended but then things just seemed to get crazier. There are too many ins and outs here to explain them all. Therefore, we will leave it to Chief in the video below to lay out exactly what happened.