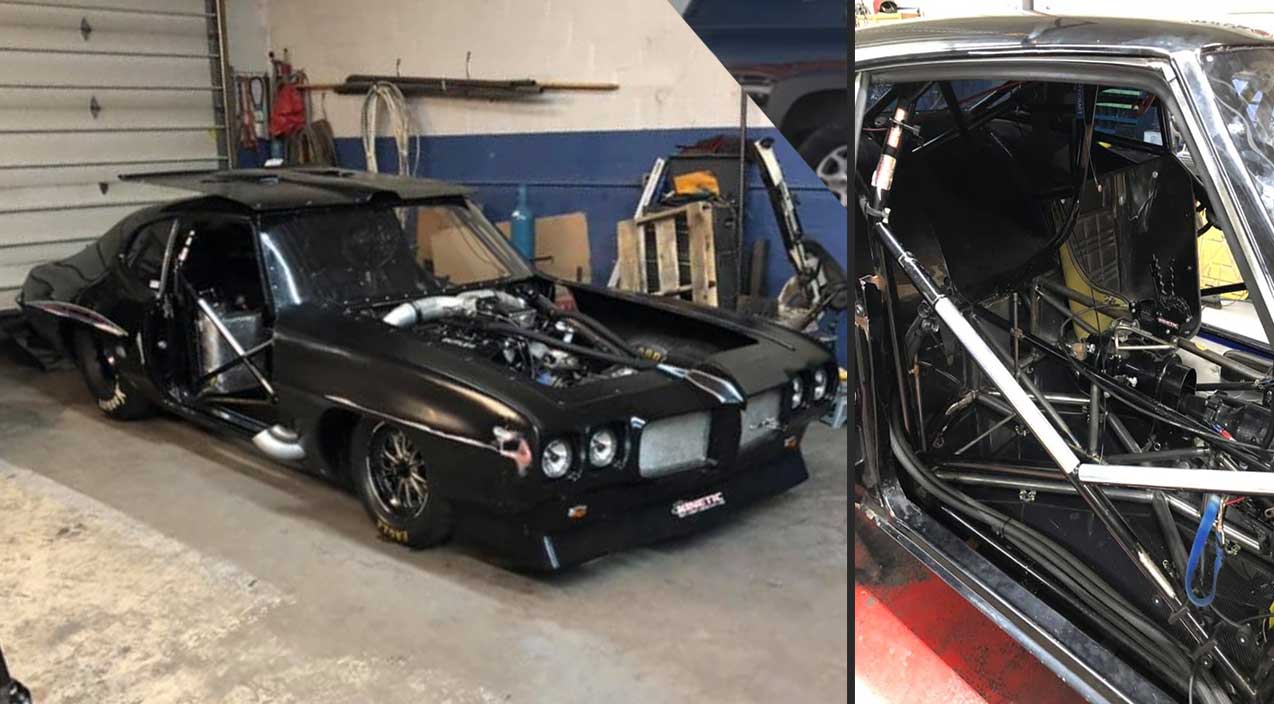 Big Chief has been running the new Crow pretty much as he bought it when he was participation in the first Mega Race event against Richard Rawlings and the Gas Monkey Garage crew a couple of years ago. While the car has had some work done here and there, it’s been run pretty much as it was when we first saw it come into the Midwest Street Cars shop as a bare chassis to be assembled for the Mega Race.

The car has been good, but like any race car, there’s always room for improvement, so Chief loaded up and headed to Starting Line Motorsports to have the SLM crew work their magic and do some work to make the car work a little better, track a little straighter, and be a little safer.

As is always the case in the street racing game, we will probably never know everything that was changed, as Chief has to keep some secrets to help maintain his advantage against the guy in the other lane. Every bit if information could be used in some way, so the post from SLM just has a few photos and no real information about the changes.

However, what I found most intriguing about the post wasn’t the few obvious changes – new bars and old bars are never the same color… hint hint – was the lively discussion that’s unfolded in the comments. The great thing about social media is that everybody has a voice, even if they shouldn’t.

The comments on the post on SLM’s Facebook page exploded, with over 100 comments about the car, only a few of which were about the upgrades and changes made by Starting Line Motorsports. Instead, there are tv viewers and actual drag racers arguing about what makes a car a “Pro Mod” and whether or not the Crow falls under the category.

If you have time, head over to SLM’s Facebook page and just check the comments out on this post. They’re eye-opening, to say the least, and tell us a lot about the types of fans out there in the world.

In the meantime, while the car has been over at Starting Line Motorsports its allowed the guys to do some upgrades in the shop. Big Chief, Murder Nova and the rest of the crew over at Midwest Street Cars have been busy installing the new inground Mustang Dyno.