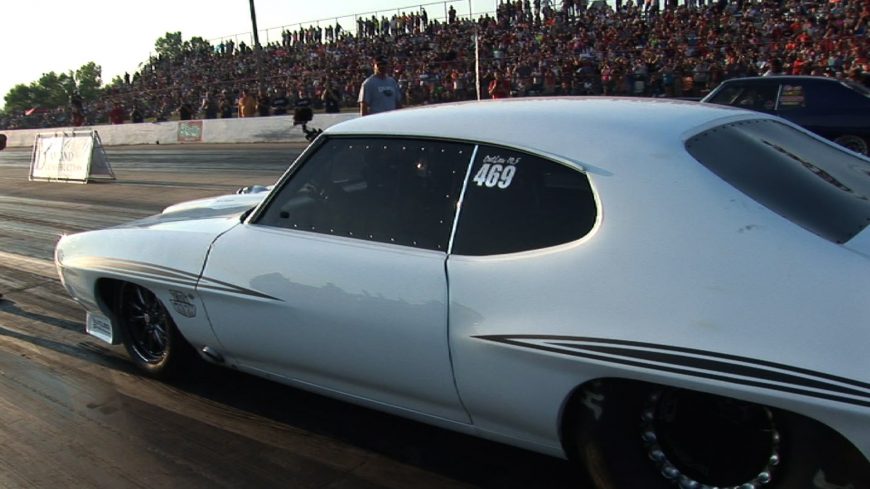 I know it’s not Thursday, so we won’t call this a throwback. How about “Way Back Wednesday” instead? We’re gonna take you Way Back to the very first Outlaw Armageddon, the race that would pave the way for much of what we know as No Prep today.

Armageddon, held each year at Thunder Valley Raceway Park in Noble, Oklahoma, was one of the first major no prep events to feature an invitation-only field full of cars from Street Outlaws, as well as some of the fastest and most feared big tire street and no prep racers from around the country. With $20,000 on the line, the competition would be on their a-game and it made for some great side-by-side races.

While this video from our friends over at Urban Hillbilly features the whole Invitational eliminations from beginning to end, we have it set to pick up the action in the quarter finals, where we see one fo the marquee matchups from the event, the stars of Street Outlaws taking on each other. Big Chief, in his beloved Crow GTO, lines up alongside his best friend and business partner Shawn in the Murder Nova. As usual, these two are very evenly matched and lay down pair of killer runs, with Chief taking the win by about a car length at the stripe.

In the semi final, Big Chief takes on a boosted Chevy II that finds traction a little hard to come by down low, prompting the driver to pedal the throttle to keep the car in his lane. That was all it took for the Crow to pull away to an easy win. In the other semi, Street Outlaws New Orleans star Scott Taylor took out fellow nitrous runner and all around awesome dude David “Bird” Jones in another good race, setting up a bit of a rivalry for the final.

Nitrous vs Turbo. OKC vs New Orleans. Chief vs Scott Taylor. In yet another great side-by-side race, Chief just edges out Taylor to take the win and keep the $20,000 right there in the 405.