Big Crash Tangles up Entire Field, They Never Had a Chance! 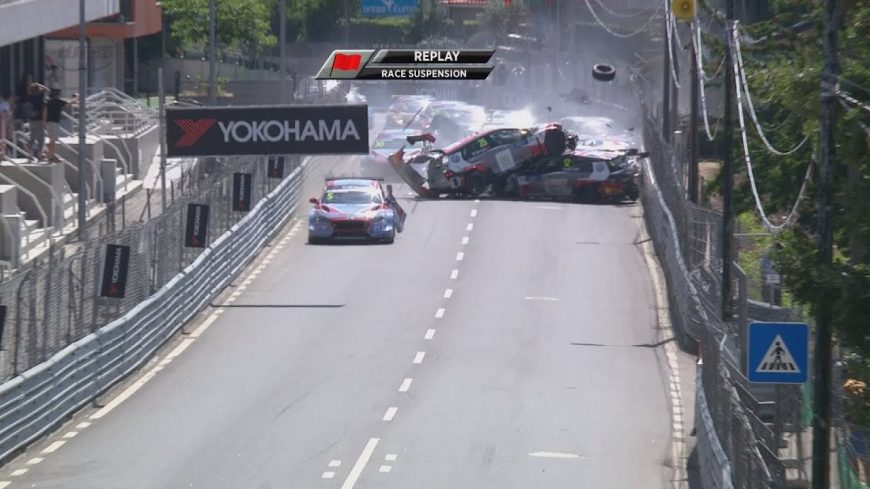 It seems that, across the landscape of motorsports, at least when it comes to racing that involves turns, the tighter the track, the more the of a fan favorite it becomes. Many iconic racing surfaces across the world involve tight and intricate corners in which multiple cars enter but sometimes, they don’t all leave without a couple of bangs and bruises. Because of this danger lurking right around the corner, the excitement is at all-time high and you never know what’s going to happen next in a scenario that could go just about any conceivable way or maybe even some ways that you had never seen coming.

In this one, we had to Vila Real Portugal in a scene that won’t soon be forgotten as a whole collection of drivers would attempt to make their way into one tight space and let’s just say that this one got a little bit more complicated than probably anybody expected. As everyone was fighting for position and not letting down, eventually, one small mishap would lead to a situation that would essentially snowball out of control, taking out nearly the entire field as no one looked like they were going to get away from a mishap of this magnitude.

You absolutely never want to wish a crash situation on anybody but when something unfolds like this and it’s such a grand sight, you just can’t help but feast your eyes on the crash and burn as things just escalate to a whole new level beyond the normal racing situation. This is one of those moments that you never think is going to come as a racer but when it does, you had better make sure that you remembered to strap on your helmet nice and tight because the entire racing surface is all clogged up!