Cigarette boats are some of the most absolutely badass watercraft you’ll ever come ...

Cigarette boats are some of the most absolutely badass watercraft you’ll ever come across on any body of water. They’re long and sleek and powerful and loud, and they always look amazing. The video below is just a sample of the awesomeness of a few of these high-dollar vessels cranking up and idling before hitting the water to shred the lake, river or even the open ocean.

As you can see, these boats come with multiple power plants and have a ton of horsepower on tap. While we don’t know the exact details of any of these particular boats, it’s not at all uncommon for these types of water-based rockets to have as much as 3,000 horsepower or more and rip across the water at speeds well in excess of 100 MPH.

If that doesn’t sound all that fast, let me assure you, after coming off a jet ski at 50, I want no part of going 100 MPH on the water, even in a reasonably stable 50’ long boat.

However, a vessel of this nature is probably not going to see top speeds that often, as they are much more enjoyable cruising fast enough to make it obvious you have a ton of horsepower, but slow enough for everybody to get a good look at your ride. Let’s be honest here, you don’t but a boat like this and not expect it to draw gawks from every onlooker within sight of it.

Just go ahead and hit that play button and listen to the magic of these insanely badass vessels firing up their massive engines and idling while the powerplants warm up, building heat so they can hit the water without fear of breaking something. We don’t get to see those adventures, but you can bet your butt a lot of fun was had by these guys when they did slam the throttle open and let the horses gallop out to sea. 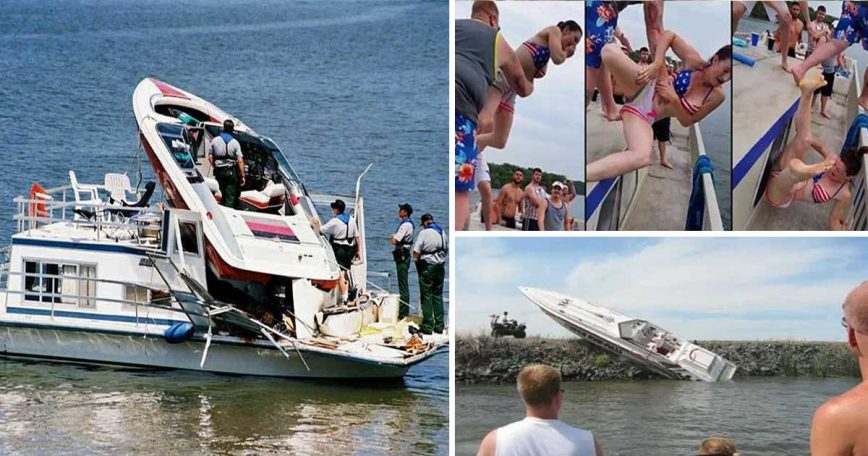