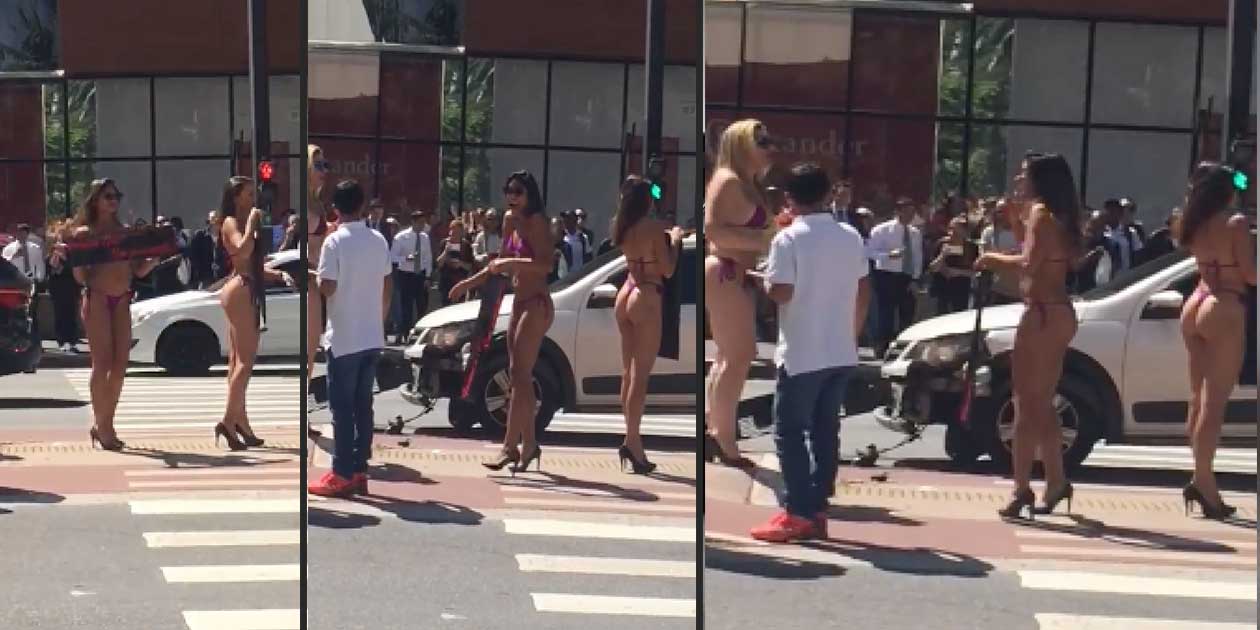 For someone who has a message to get across, there are a lot of ways to get attention toward said message. They could take out a billboard or perhaps an ad on Facebook. However, if someone wants to be a little bit more aggressive with their tactics to get said message across, perhaps a little help from women clad in bikinis is a good bet. After all, everyone is going to want to look whether it’s because they’re attracted or because the women seem so out of place on a city street. On a street like this, we can tell that every guy within the proximity is at least taking a glance.

Embarrassingly enough for one driver, he took a little bit too long of a glance. Now, this wasn’t while sitting at a red light and staring at the signs or the women. Instead, where this driver was supposed to be stopping, he or she was looking in the wrong direction. This meant that the car would eventually plow straight into a vehicle in front of it.

The accident was enough for the driver to speed off in embarrassment as the entire street would erupt in laughter. A situation like this is almost like something straight out of a sitcom. However, unfortunately for this driver and the person who he rear-ended, it was very much real life.

We can’t say for sure why exactly the person holding the camera here was filming. However, they did manage to catch a once-in-a-lifetime shot. Hopefully, as this was a very low-speed accident, everybody would be alright. We’re also going to hope that this guy is single at the moment. We know that it’s going to be a pretty hard predicament to explain to a wife or girlfriend. The driver would never live that one down.