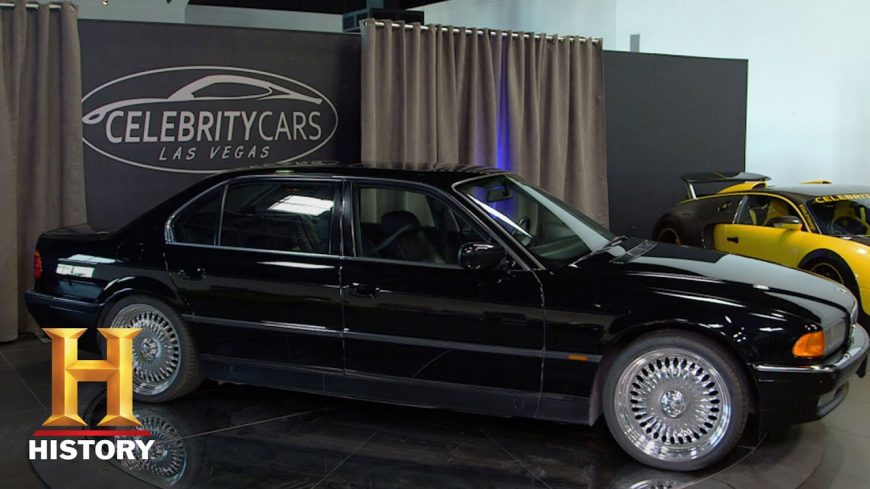 In western culture, some of the ideas that we come up with are pretty crazy. Sometimes, what’s perceived to be worth a lot of money can be wild to consider. Our fascination with celebrity culture dictates that some odd possessions bring big money. Furthermore, objects linked to a celebrity’s death can fetch incredibly high dollar price tags.

You see, the infatuation that we have with celebrities means that pretty much everything that they have ever touched becomes worth money somehow. If someone can figure out a way to get them to slap their signature on something, it could be worth even more!

After seeing one of Marilyn Monroe’s dresses go for over a million dollars at auction, you never really know what could happen. At some point in time, this all becomes rather obsessive. It’s really interesting to take a look at to see just how far people will go to collect pop culture.

Would the car that he was fatally shot in in 1996 be worth an absurd amount of money? Depending on who we ask, that answer could vary in intensity. I think that, across the board, pretty much all collectors would agree on one thing. Something like this could put together quite the asking price.

For those who know very much of anything about Tupac’s life, they probably know of that fateful night where a bullet would enter the BMW 7-Series that he was traveling in. The projectile would hit Shakur. This sent him to the hospital where he would be pronounced dead.

Nobody knew it at the time but this would eventually make the car a very important pop-culture item. Just keep in mind that the old Bimmer is worth more than the majority of American houses. With no link to Shakur, we’d be shocked to see it fetch five figures.

Just to put things in perspective, for a vehicle like this that has no historical significance, the Kelly Blue Book value tells us that a price of, say, $5000 dollars would probably be pretty generous. In fact, it may be even overpaying by about double the value in some areas. However, when one pins one of music’s biggest icon’s deaths to it, that $5000 multiplies rather quickly.

Experts agree that historical significance could be worth up to $1 million. The organization that’s in possession of the car, Celebrity Cars Las Vegas, thinks that they can get more! The listing price is $1.5 million for the machine that is now in their possession.

If you follow along down in the video below, you’ll be able to get an up close and personal look at the car. Pawn Stars shows us exactly what over $1 million in the form of an automobile looks like.

After seeing something like this, we’re really led to wonder exactly why they would’ve repaired this car at all. As a collector’s item, we would think that somebody would really value the exact status of the car as it was left that night, bullet holes in the side and the damage done to the windshield along with all of the other signs that greatness once resided within.

This BMW was the car where one of music’s greatest contributors would breathe his last breaths outside of a hospital.