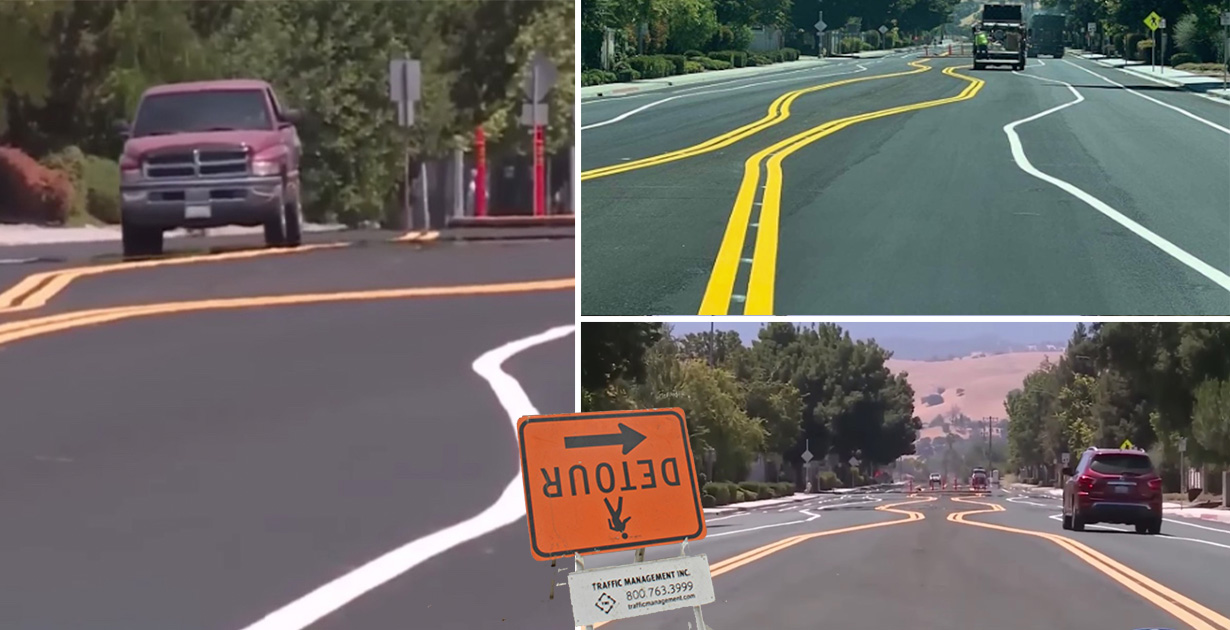 We have all been in situations where maybe we try to follow through on an idea and the result wasn’t exactly ideal. However, when it comes to projects that have entire teams behind them, we would think that somebody might speak up along the way and say that the idea that they are putting in place is bad, especially when the concept is this egregiously awful.

Apparently, in Hollister, California, somebody decided that on one particular road that street racing was an issue. Nothing new there.

Even though we might kind of enjoy this activity from time to time, we absolutely get where public officials are coming from when they try to stop it. It’s their job to make sure that dangerous activity isn’t happening on the street. Therefore, approving projects to prevent dangerous driving is something that public officials just have to do as part of the job.

However, the solution this time wasn’t exactly one that was clearly thought through. Instead, contractors would have to be sent back out to re-complete the job that was laughably bad.

The idea here was to take the four-lane road in question and shrink it down to a two-lane road. This would be done by using different lane paint to mark the edges of the lanes. Instead of going in a straight line, though, the lanes would swerve back and forth, apparently in an attempt to keep people from racing. Essentially, the repainted road looks like a game of chutes and ladders and we are kind of surprised that this is real life and not a skit on a comedy show.

The news report below from KSBW 8 News takes us to the location to showcase the repainted roads that aren’t stopping anybody from doing anything. Apparently, crews are set to redo the project at no cost to the taxpayer.