Boaters Go CRAZY, Jumping Over Obstacles And Sending It! 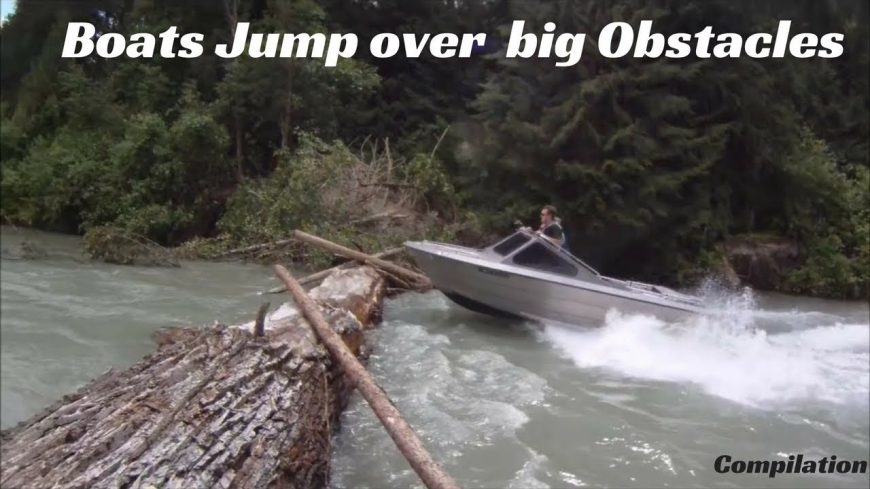 For most people, when they think of boats and spending a day on the water, they’re probably thinking of nice leisurely cruise, maybe grilling a couple of burgers on the beach, and having a relaxing day. On the other hand, though, there are groups of people who, when they think about a boat, the first thought that pops into their head is sending it into the air. It’s certainly not something that most of these machines were designed to do but when these individuals decide that they’re going to make it their business to give them a little bit of hang time, things tend to get rather interesting.

This time, we get the opportunity to follow along with a whole compilation of people who have decided that when it comes to their preferred form of boating, it’s not going to be a relaxing day after all but instead, hang time is the most important metric in their book as these machines are absolutely brutalized as they’re sent off of ramps, some of which might be a little makeshift, and into the air. I’m not sure if it really feels good when they come back down again but I’m sure that the thrill has to be off the charts and the video that goes alongside the thrill is also pretty cool be able to relive it all.

If you peep the action in the video below, you’ll be able to bear witness as these boat operators go absolutely berserk, jumping their vessels over anything that they can find that may give them a little bit of big air. After trying something like this out, it almost makes you want to see it in person for yourself. However, I’m not sure that there are all that many folks out there who are crazy enough to go and try this stuff on their own.