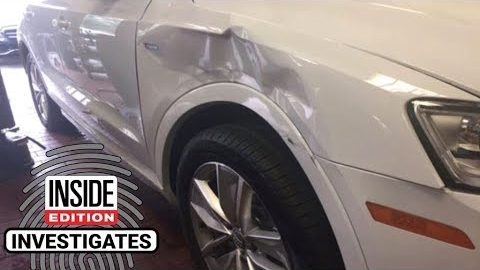 In this day and age, convenience is much more prevalent than it has ever been. From the way that we grocery shop all the way that we handle our insurance, everything is easier. Companies compete to make the most convenient experience possible. In an era where everything can be done with the click of a mouse, convenience is paramount. Without it, there’s nothing stopping a customer from skipping to a competitor. With so much going on, saving time on the things that we don’t want to do can be a blessing.

On the other hand, though, it’s important to watch and make sure that convenience isn’t the only thing being offered. Sometimes, there are certain services where the convenience is too good to be true. When some things are made easier, sacrifices need to be made in another area. Just because something is as simple as possible doesn’t necessarily mean that it’s giving the user the best deal. In fact, some companies might use convenience as a cover to breeze right through important details. It could be innocent but it could be a way to con the customer into losing money. These details can end up being the hardest on the bank account.

One group of folks that can be very hard to trust are insurance companies. Sometimes, an uninformed consumer might end up getting the short end of the stick in this market. However, with a little bit of self-education, one can really protect themselves.

A perfect example of this is with the photo estimate feature that some insurance companies offer. Essentially, the feature is designed to “make it easier” for customers to get a quote on their damage. With this feature, insurance companies just cut a check with a picture as evidence. There is no need for the person who got in the accident to go to the body shop or anything. However, many body shops argue that this method is used to undercut customers and attempts to make the transaction go quickly.

Think about it. Most people don’t know what they’re looking at anyway. In addition, insurance companies won’t have to pay someone to come out. When it comes to a healthy bottom line, the model really makes sense. However, there’s a pretty massive ethical gray area to be found in this arena.

When it all comes down to what people should do to protect themselves, most professionals will probably recommend getting an estimate from an independent shop. At the end of the day, whether or not someone trusts their insurance company is irrelevant. These companies are there to make money and they do that by spending as little as possible. Having a second opinion is definitely something that isn’t to be overlooked. It could save you thousands and might even be free.

« Is Repairing a Wrecked Boat Worth the Hassle (Total Repair Cost)