As we flip through the pages of YouTube, there are a lot of interesting categories ...

As we flip through the pages of YouTube, there are a lot of interesting categories that capture the imagination. Because of the platform and its ability to bring people together, we’re able to learn a lot as well. Through this means, we can check out the stories of other people who have taken on specific jobs. After learning about their experience, maybe we could take on those jobs ourselves. On the other hand, though, perhaps they will tell us all about it and when we get to the end, we decide it’s either better to just purchase a new thing instead of restoring the old thing. Another option might even be hiring a professional to get it done.

One of our personal favorite categories on the platform would be that of people restoring vehicles. YouTubers have taken it upon themselves to take on cruddy old cars, trucks, and even boats to clean up. These vehicles can be in need of just a little bit of TLC or perhaps even a complete overhaul.

This time, the subject of attention is none other than a ski boat. When this thing started out, it wasn’t exactly in the best condition. In fact, it would take a little bit of work on everything to get it on the water yet again. Most probably would have ignored the boat in its former condition.

The over-looming plan was to see if the boat could be restored on a budget. Instead of taking extra money and purchasing a good condition example, would restoring this poor condition example be more financially friendly?

In the video below, we get to learn a little bit about what exactly went into this project from Rebuilder Guy. At the end of the day, it doesn’t appear as if the labor invested was worth the money directly, if we ask the guy putting in the work. However, the person behind it all does remark that, for someone who does enjoy wrenching, it might not be a bad idea. At a savings between $15,000 to $20,000, he got himself quite a deal! 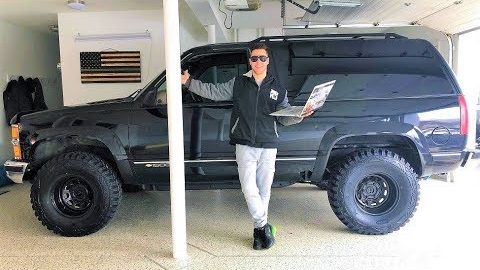