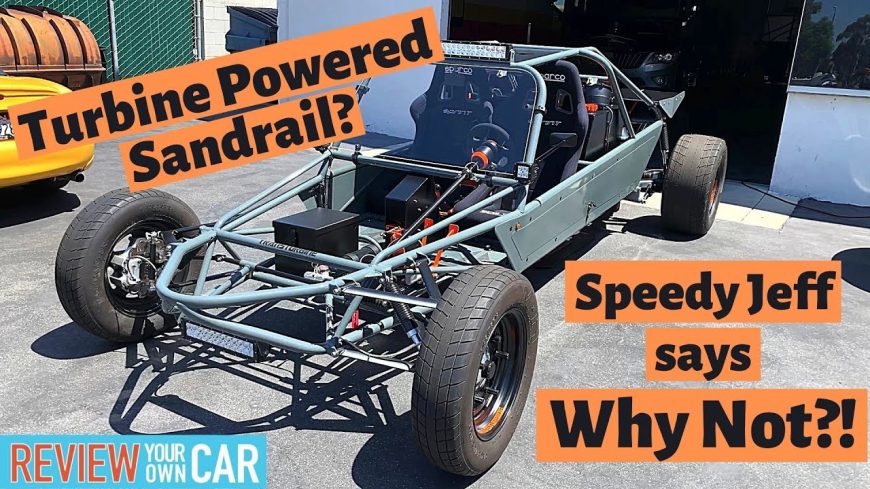 When creating a custom project, one of the most important considerations is what engine the build is going to take on. With most of the things that we see on the streets, there are obviously a couple of common selections that can really get the gears going. With combinations like the LS or Coyote, no matter what the platform is, it’s going to be a good time.

However, every once in awhile, we come across a combination in a build that really makes us stop and scratch our heads. Because of the unconventional nature of some of these engine selections, we’re really dialed into new possibilities. Sometimes, we kind of wonder where the inspiration came from with such combinations because it’s just so far out in left field that it really calls on the creative juices.

This time, we check out a build that’s creative on a whole variety of different axes.

For starters, we could point out the fact that it’s a sand rail that has been converted for street use. That alone would make something like this a machine to write home about. However, as we continue to go through the custom creation, we can’t help but find another touch that really draws our attention.

Instead of a power plant that’s more of a plug and play, this one makes use of a little bit of turbine power. Instead of a power source from Chevrolet or Ford, for example, this time, the power in question is coming from Boeing. That’s right, in order to get this rail going, it has the machinery behind it is similar to what one might find on the jumbo jet of their choosing.

By following along with the video below, we get the complete tour of the unique rail and what makes it so one-of-a-kind. In addition, the owner gives us a little bit of behind the scenes on how exactly something like this might come together.