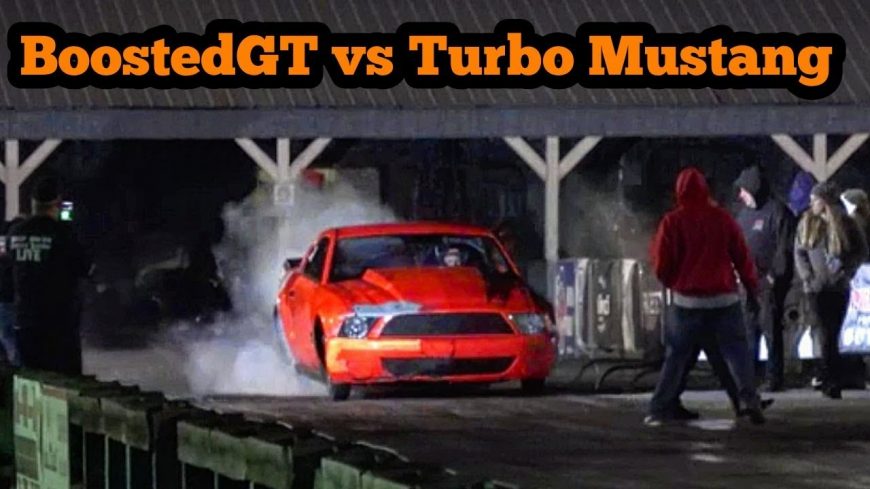 When it comes time to go to war at a no prep race, adrenaline really gets to flying every which way. The suspense is always at an all-time high in these things because you never really know what’s going to happen and when you’re watching the guys do their burnouts and line up at the starting line, in the next couple of seconds, all hell could break loose and it’s really a show for the spectators as the drivers are out there trying their best to keep it all together while they attempt to use the least amount of surface area possible to go from “A” to “B.”

In this one, on center stage is none other than Street Outlaws’ Boosted GT as he lines up in that Ford Mustang that is really getting into the swing of things and is apparently ready to go to war and try to do nothing other than take home victory. After shredding some rubber to make sure that their tires are nice and hot, we get to see the car line up with a competitor in another screamin’ Mustang who has the same goal in mind as they get ready to go at one another in a battle of power and traction in which the best man will always win on a race to race basis. You never really know what’s going to happen in these races and consistency is key! It’s a lot easier said than done, that’s for sure!

If you click play below, you’ll be set up trackside to see exactly how these competitors do as they go for the killshot at the Dirty South No Prep that has both of them battling with the conditions as they go for gold. Who is coming out on top in this National No Prep Racing Association video? There’s only one way to find out for sure!