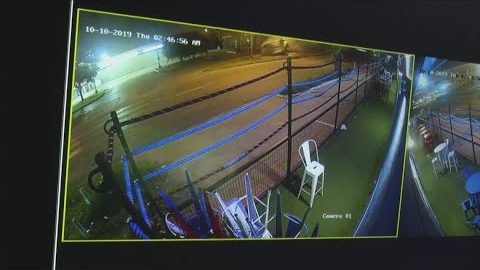 There are certain crashes that one can witness and feel all bad vibes as a result. Sometimes, when a car is thrown at the liberty of inertia, the pits of our stomachs can indicate that nothing good is coming as a result.

The sports world erupted Thursday evening as news of an accident involving boxing’s unified welterweight champion, Errol Spence Jr, surfaced. Sources say that the boxer was driving alone in his Ferrari when the vehicle was involved in an accident. The crash was a single-car incident but that didn’t mean that it was pretty. Spence Jr would be sent to the hospital with serious injuries after the car had rolled over several times. It is reported that he has survived the insane crash, though.

We have no news yet as to the exact condition of the boxer. We also don’t known if he can be expected to return to the ring anytime soon. However, after watching the accident that was caught on camera, we think that Spence would be happy just to be alive. Not only did the car roll over. It also looked like it flipped end over end several times. The Ferrari would eventually become something that resembled a soda can that was stepped on by a boot.

Down in the video below, we were able to source a video pulled from a nearby security camera that caught the brunt of the incident. We have to warn you because the footage is downright terrifying as a Ferrari goes rolling over and tumbling through the air. Hopefully, Spence is able to recover from the incident quickly and make his way back in the ring before long. After seeing something like this unfold, it makes us all appreciate life that much more.

Keep it locked here to Speed Society for any and all updates surrounding the incident.