Breaking: A Wild Road Rage Incident In Brooklyn Between Two Drivers Is Like Something Out Of A Movie. 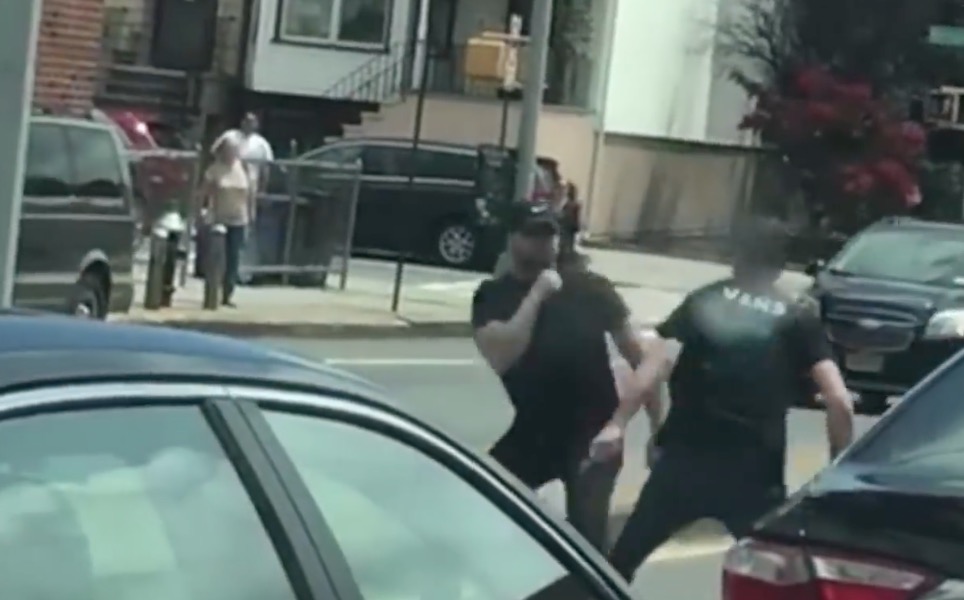 Road rage is something that we have grown all too familiar with here lately, as incidents seem to keep popping up every day where someone either gets hit by a car, chased by an angry driver, guns get pulled or knives etc.

A wild scene unfolded on a busy Brooklyn Street Tuesday morning, as a 24-year-old cab driver was attacked by a man swinging a box cutter in an apparent road rage incident

When thousands of New Yorkers try to commute to work on the crowded streets of New York City road rage is bound to happen. Typically you just hear a honk, and things end, but sometimes things get a little crazy. New York is known for having some of the most dangerous areas in the United States so something like this is not very shocking. However, this one seems to be in a higher end side of town.

In this case we’re not 100% sure what caused this guy to get out of his car swinging a box cutter, but the victim stated that the Florida man in a white Hyundai with Florida plates cut him off, and he got out of his car swinging a box cutter at the victim while stopped at a traffic light, as on most onlookers stop, and watch. One even providing this video, one man decides to step in and help calm the situation. It doesn’t appear as if the box cutter strikes the victim, but as the melee is broken up our box cutter swinging attacker dives into the other man’s car, and grabs what appears to be his keys out of the ignition. As he runs to his car and tries to take off with the other man’s property the guy jumps in his window to retrieve his property, and the box cutting assailant takes off, the victim in tow. On his way out he runs into a delivery van that stopped at the light, knocking his unwanted passenger to the ground, and running him over as his shoes fly off.

The victim was taken to the hospital but was treated and released.

CAUGHT ON CAM: A wild #roadrage incident between two drivers in Brooklyn showed one driver being slashed with a box cutter — before one of the enraged men hops in a car and nearly runs the other over. http://via.kswbtv.com/T4zcr *VIEWER DISCRETION IS ADVISED*

« Lady Crashes And Then Forgets To Set Brake