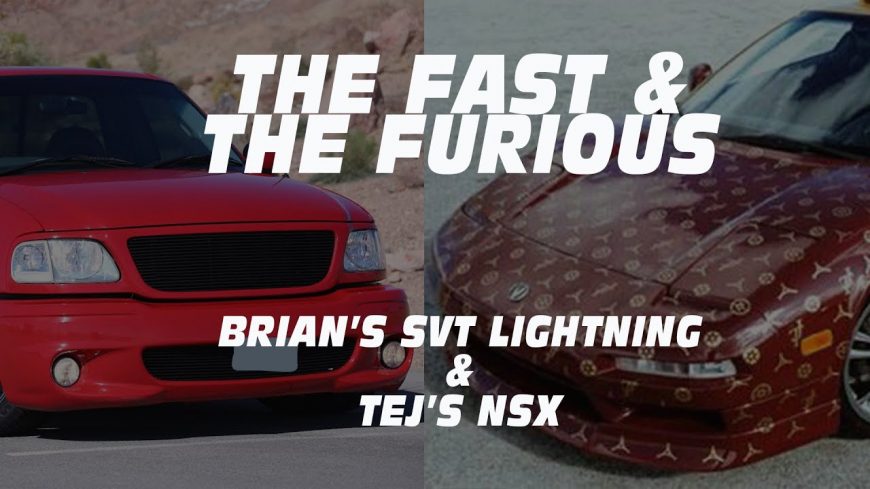 For anyone who considers themselves a fan of the Fast and Furious series, they definitely need to check out YouTube channel of Craig Lieberman. Lieberman was the technical advisor that would make sure that all of the cars in the early movies were proper. On the channel, he divulges upon the challenge of properly casting some of these cars.

Some of our favorites include:

This time, though, he digs into a couple of cars that casual fans might not have even noticed. However, as diehards, we are very familiar with these machines and definitely have more questions about them. Apparently, they’re some of the vehicles that Lieberman gets the most questions about

The first machine he goes over is the Ford SVT Lightning that Brian drove in the first movie. This thing definitely stood out to car fans as it was used as a parts truck. In real life, such a high dollar item probably wouldn’t be used for a work truck.

However, when making movie magic, some creative liberties were able to be taken. The truck wouldn’t stand out too much. However, those in the know knew exactly why it was special. Those in the car community would be able to get a sense of satisfaction seeing the Lightning on screen.

Lieberman goes on to say that the truck had a chance at being an even bigger part of the movies. However, that part of the script simply never came to be. As far as he knows, the trucks used in the movie aren’t necessarily accounted for today. They could be floating around just about anywhere.

Another lesser-known vehicle that Lieberman begins into the video is another car that was supposed to have bigger things coming for it. We’re talking about the very bold Acura NSX that was owned by Tej in 2 Fast 2 Furious. The car was said to have been planned to be a part of the infamous barrel race. There were even several examples put together in the name of allowing it to be a bigger part of the movie. However, when push came to shove, it would just end up being a set-piece, having only a few seconds of screen time. It’s crazy how much time, effort, and money can be thrown out in the name of creative change.

In any situation, both of these vehicles have an interesting backstory that kind of gives them a little bit more meaning. I know that some fans had to have wished that one or the other, maybe both, had a bigger role. According to this story, they very well could have if things stayed on script.