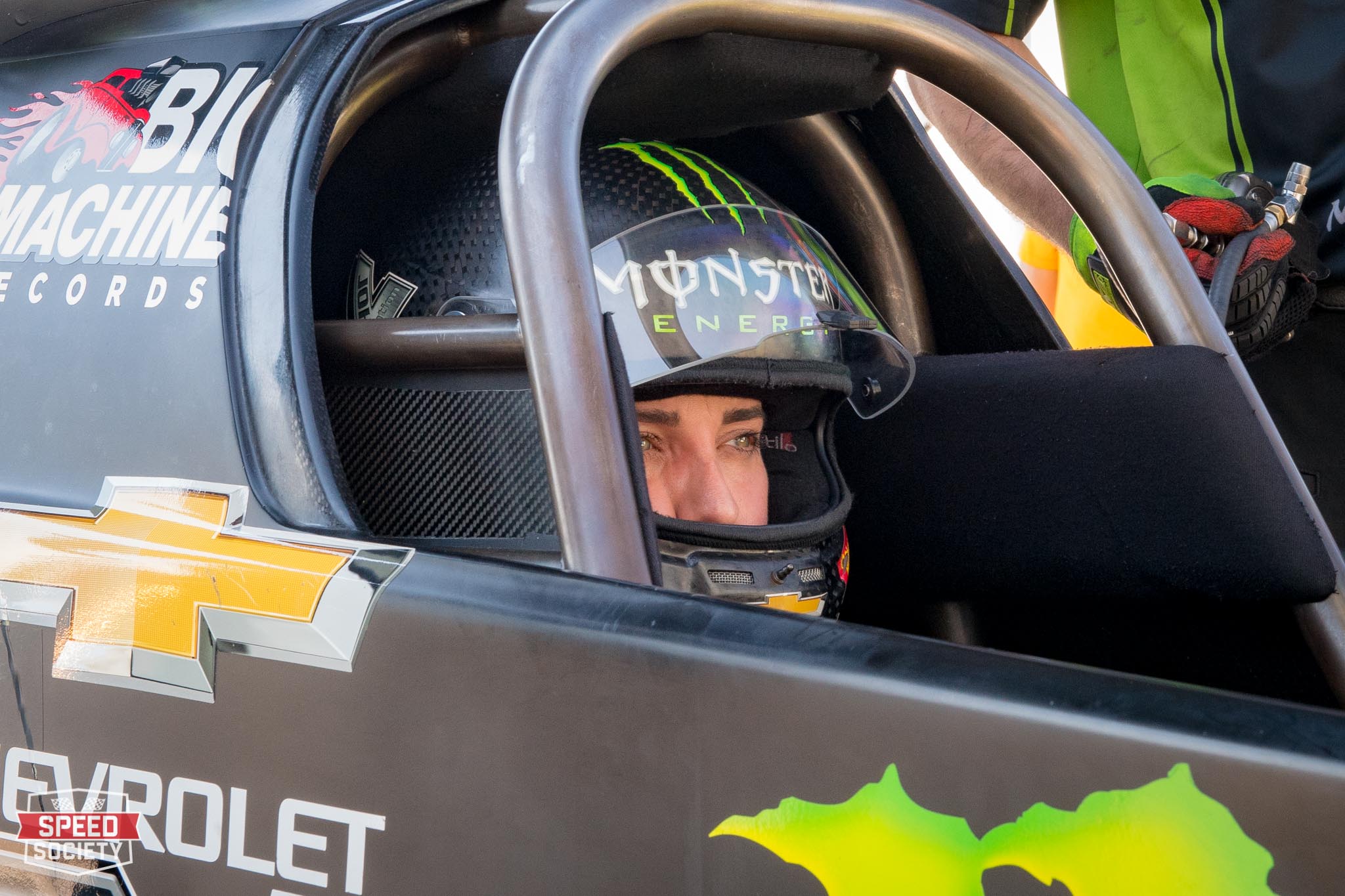 Reigning Top Fuel world champion Brittany Force started the 2018 season off in the worst possible way, suffering a devastating crash in the opening round of the Lucas Oil NHRA Winternationals.

Force, in her familiar black and green Monster Energy-sponsored JFR dragster, was paired up with Terry Haddock in the opening frame of eliminations when the scary incident occurred. The pair launched and Haddock went up in smoke immediately while Force appeared to be well on her way to a berth into the second round when she also began to lose traction. Following her instincts, she tried to get the car hooked back up and get back on the throttle since she couldn’t see Haddock.As she pedalded the throttle, the car made a hard left turn, crossing the opposite lane and impacting the left-side retaining wall with before careening back into her own lane, where the car skidded and rolled over, finally coming to a stop just past the scoreboards.

The moments following the incident were tense as crews raced to Brittany’s aid. Force, daughter of sixteen-time Funny Car world champ John Force, was reported as conscious and talking with the Safety Safari before leaving the premises to be checked over at a local hospital. As soon as we hear more on her condition we will update this post, as well as adding video when it is released.

Due to Force crossing the center line, Haddock will be listed as the round winner and will advance into round number two, where he will face the winningest driver in class history, Tony Schumacher. Be sure to tune into the broadcast of today’s eliminations on FS1 tonight from 5-8 pm ET where all of the action from eliminations will be shown, as well as the finals, which will be broadcast live. From what we’ve seen so far, it looks to be an explosive day, in the most literal sense of the word, in Pomona, so the footage should be exceptional!

[UPDATE] As of Monday morning, Brittany remains hospitalized, posting photos to her Instagram with a caption thanking her family,team and boyfriend for visiting her while she recovers. According to the post, Force will be “… checking out with only a few bumps and bruises.” with no details mentioned as to the nature of her injuries.

Brittany also thanked the NHRA’s Safety Safari, safety equipment manufacturer Simpson Race Products, and race helmet maker Stilo for keeping her safe during the accident. We will update with any more information that becomes available about the reigning Top Fuel world champion’s recovery.