Diesel Brothers’ Sued for too Much Pollution 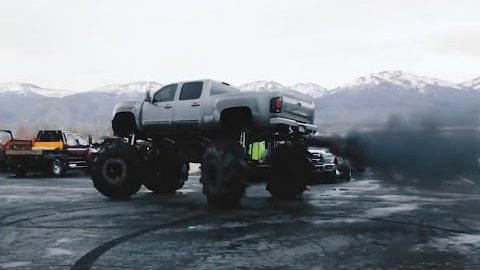 When you see some things cross the news, you really have to scratch your head and wonder exactly what’s going on. This time, we have quite a news story that might just catch you a little bit off guard. If you’re a fan of the Diesel Brothers television show on Discovery Channel, you might find this to be one that you’re interested in. It just so happens that the Diesel Brothers’ names have been making headlines and not for reasons that you might expect them to. It isn’t because of one of their latest builds or some company that they’re working with but instead for another reason entirely.

You see, because of the builds that they are making and how they remove some of the emissions equipment from the trucks in question, it seems like they’re in a little bit of hot water with an environmental agency that is trying to take them to court and sue the company, claiming that their “alterations to diesel vehicles result in significantly higher levels of emissions” says Salt Lake City’s CBS affiliate. It might sound like a bit of a bizarre tabloid headline but, this story is so real and the Diesel Brothers will be in court, fighting it out with these environmentalists.

The Utah Physicians for a Healthy Environment say that they “are very concerned about this. Especially when you take into account that the diesel emissions from just one of these tampered or deleted trucks is equivalent to more than 30 of the original stock versions of these diesel trucks.” It’s a pretty crazy lawsuit to say the least but I guess in this day and age, you can truly sue anybody for just about anything. UPHE Definitely does have a case here but it’s not clear how much legal footing their case will actually bear when it goes to trial. What do you think of the story and how do you think of this one is going to turn out for all parties involved?

« Speed Bumps in the Netherlands Are a Car Guy’s Worst Nightmare!