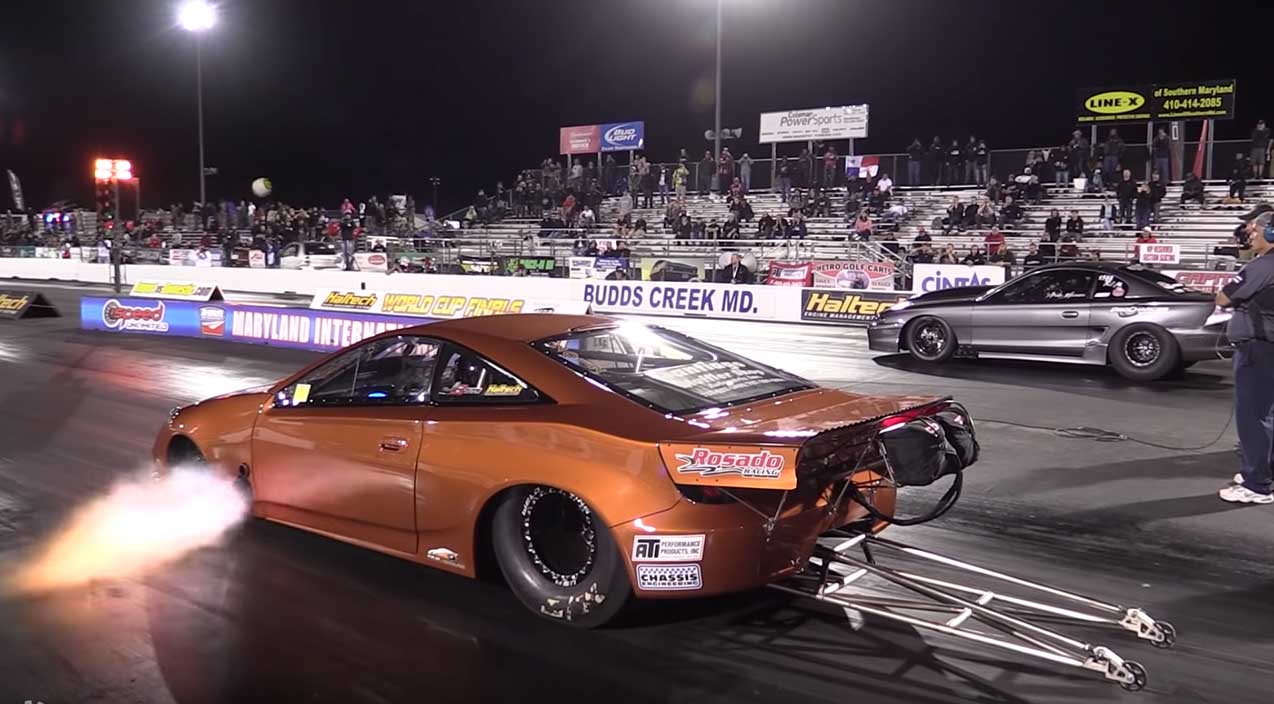 When it comes to running high-performance cars all out, the action doesn’t get much hotter than what you’ll find at the Import Verse Domestic World Cup Finals,  at least when it comes the quarter mile events. For many of these top-notch performance machines, you’ll find them running in the eighth-mile circuit regularly all year long but this event in November is a nice cap to the season as it stretches out everyone’s legs and takes these cars to the quarter, meaning that you can sometimes see speeds north of 200 mph regularly with some even reaching out and touching the 240s and 250s!

This time, thanks to BigKleib34 cameras, we check in with yet another awesome example of a car spotted out at this past year’s World Cup Finals. With Andy Manson behind the wheel, this ProCharged Ford Mustang is really a force to be reckoned with. As the event would go on and Manson would gather some valuable data, tweaking the machine along the way, he would finally get the combo to set personal best after personal best, eventually pounding into the 6.4-second range at speeds of 214 mph. I don’t care who you are, those are definitely some very impressive passes and has to be an absolute rush as that speedometer pushes its way higher and higher.

If you follow along with the video below, you’ll be able to catch all of the action as it satisfies more than just one sense. Whether it be the sights or the sounds, this one is really a rush. While you can’t necessarily smell the race fuel being burnt, this is about as close as you could possibly get without being on the scene. If you weren’t able to make it out to Maryland International this year, seeing videos like this really gives you the second-best thing.

Turn that volume up for this ProCharged Animal

« Truckers Give Ultimate Gift To Boy With Cerebral Palsy